Don’t you just love this time of year?  The weather get’s lovely and cold and all the Christmas festivities start!  I’ve had a mad few weeks making like a crazy lady for a few events.  Firsly it was for Open studios at Yorkshire Artspace which was on 20th and 21st November.  I’ve only been in my studio since July so this is the first Open Studios I’ve ever taken part in and I loved it!  I’ve sat in with my hubby in his studio before but it’s not the same as actually doing it with your own studio.  At times I felt a little like a museum exhibit but most people were interested in finding out about screen printing so it was really nice to meet everyone and also to see a different audience than I usually get at the craft fairs. 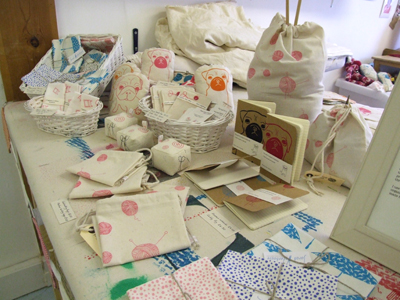 Here was my table layout, I also put out some larger peices of fabric I’d printed and my linen upholstery weight fabric seemed to get the most attention as most people seemed interested in knowing when I would start printing by the metre.

That great event was then quickly followed by another – a trip to York for my 29th birthday, the less said about me getting older the better though.  Moving swiftly on…

Then the big event came, the one I’ve been preparing for months for – Candy Cane Christmas craft Fair.  It’s really hard to organise an event and take part in it, it’s definitely introduced me to a new level of stress that I had no idea existed before!  I had a wonderful time this weekend though – Christmas tunes, gorgeous craft, mulled wine and mince pies – it doesn’t get any better!  Here was my stall: 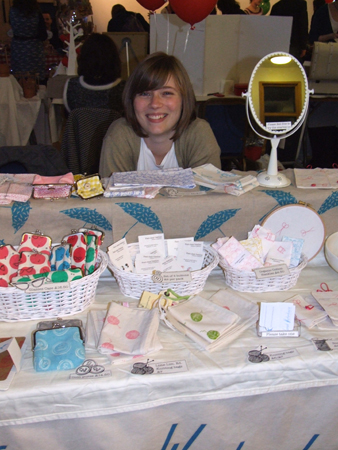 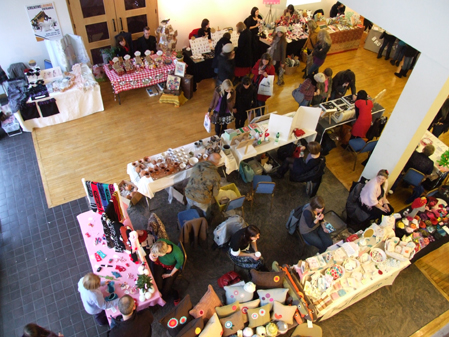 We had over 1000 visitors to the fair over the weekend which was fantastic!  Saturday was really busy, Sunday was a bit quieter but then the torrential rain didn’t help things!  I’m now looking forward to a lovely long break from the fairs and then we’ll be back in the New Year with Spring Fling at Millennium Galleries on 27th March!

I have another fair next weekend too at Clifford School on Psalter Lane from 11-3pm, it’s called Julefest and is a fabulous sounding Scandinavian style craft fair – I can’t wait!

HI Sarah – glad you enjoyed both events. Good luck at the next one!! I like the new design/colours of your table :D
xx