Welcome to the Little Edwardian House project. I should say mini, not little, as we live in what we fondly refer to as ‘the house that Thumbelina built. We love our house, it’s tiny but well put together and it suits us, no it’s not huge but it’s big enough for us and the pug and it’s cheap to heat. What more could we want? So here marks the first in many posts of the story of our house and it’s subsequent renovation. First a little summary of how we got here.

We bought our house in April 2010 and it’s taken us a long time to get anywhere near doing anything to it. Why? Well, as soon as we moved in we gutted the garden, not the house. We needed to set up the perfect growing place for our fruit and veg and so that’s what we did. Here’s the before, mid way and after shots: 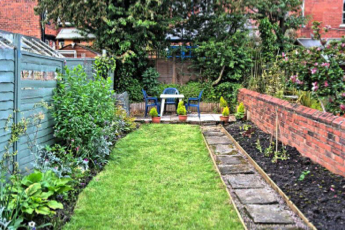 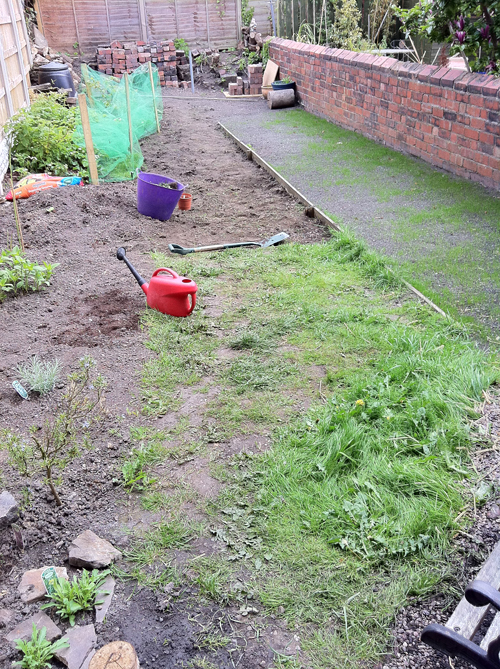 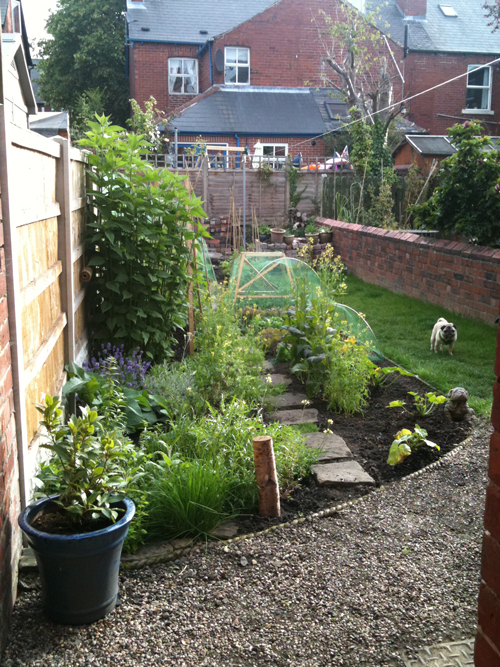 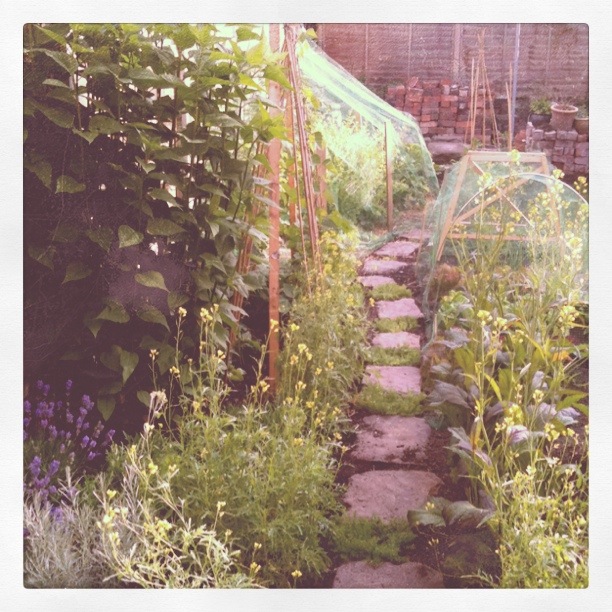 As you can see, the main change is that we moved the lawn.  Our back garden gets the most light to the left hand side near the fence and the small but perfectly formed wall casts a shadow on the garden so that was definitely the best place for the lawn and not a veg bed.  We’ve also made the lawn much narrower, truth be told we would ditch it completely for another bed but we wanted Lola to have somewhere to run around and so the lawn is hers.

After the garden was done we stopped. We did nothing for a long long time, that is until Owen got bored with the wall in the kitchen, then all hell broke loose. We used to have a bit of an odd layout downstairs. The door to our house is on the side (apparently this was written into the deeds of all the houses built on our road) but at some point there was also a back door. This was blocked up though and replaced with a window, probably around the time someone decided to turn the mini hall downstairs into a wetroom. So instead of a nice hallway, kitchen and living room, our house had a wet room, kitchen and living room. With a wet room being completely useless to us we decided to use the space to make the kitchen bigger. That’s when Owen got bored of the wall, ripped out half the kitchen and knocked that wall down. Those were dark days, literally. The downstairs of our house was covered in a layer of black latham plaster dust for 2 days. Me and the pug were safely sealed upstairs behind plastic sheeting. Not happy times.

But we came out the other end of that to a larger kitchen so it wasn’t all bad, pity there wasn’t a kitchen inside that kitchen though, well, not a whole one at least, just half of one. 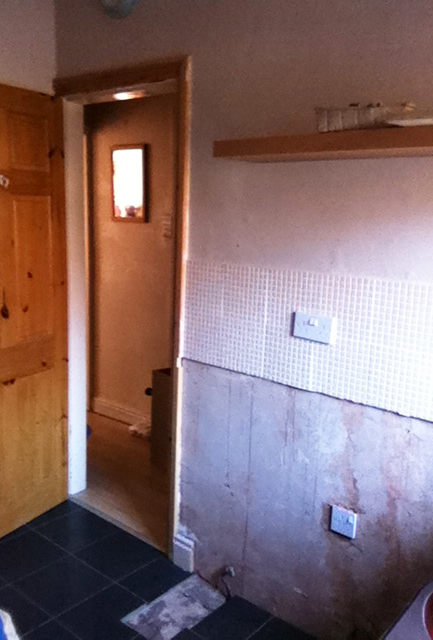 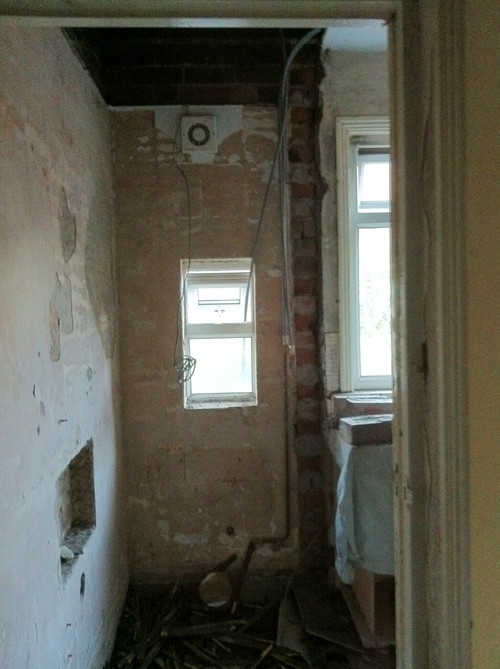 I’d like to say there has been a lot of progress since then but I’ve already given the game away and said there wasn’t so I wont keep trying to keep you in suspense.  We still have the bare brick walls and no ceiling in the kitchen but we do have a level floor thanks to that wonderful concrete levelling stuff, and we also have a piece of linoleum on top of that so it’s not all bad.

So what now?  Now we move on to the rest of the house and get serious about this renovation malarkey.  Next post…the stairs.