Remember that lurgy that arrived? Well it made me feel a bit crappy for a couple of days which was great (especially seeing as it was my anniversary!!) but then I felt better and all was grand. But then 4 days later it came back with a vengeance and completely floored me – I was in bed for a week! We were a bit worried for a bit that it was swine flu – even went out and bought a thermometer just in case. The chemist told the hubby that they were selling absolutely loads at the moment. In the end though there was no temperature so all was well, apart from the horrible chesty asthmatic cough that is!

So all that has put me really far behind with my work and there are only 2 weeks to Art in the Gardens which is really scary! So since I got better I’ve more or less been in work every day working my little socks off in my pretty new studio. Talking of which, we need a picture update… 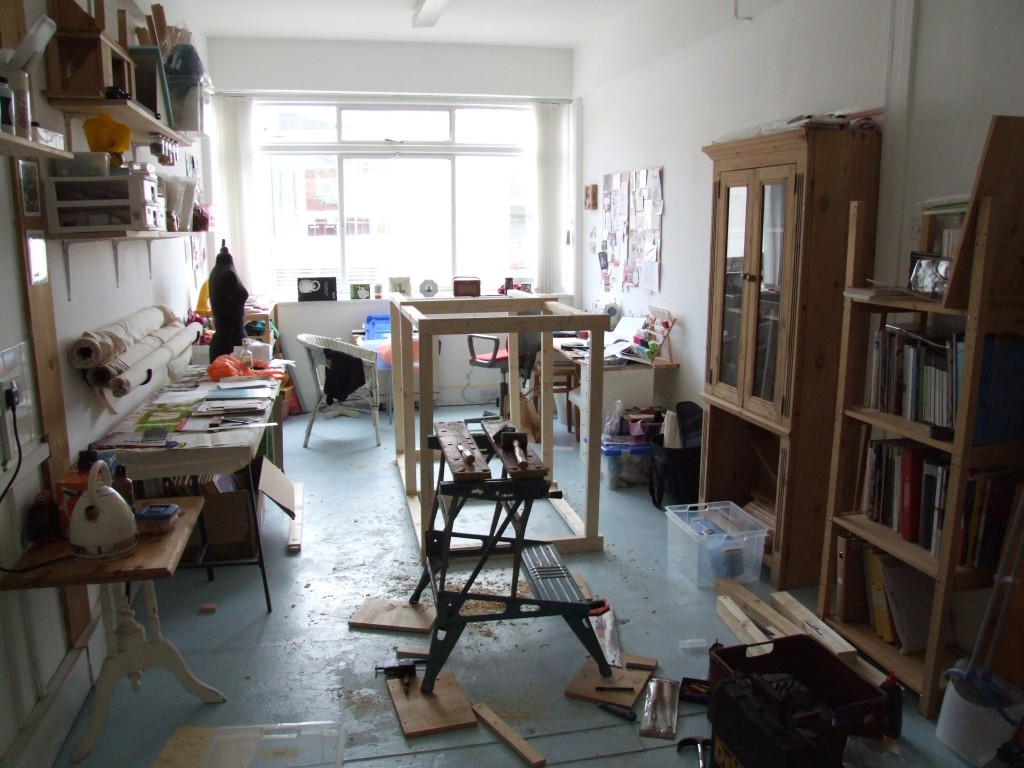 Here is my printing desk being built – the hubby has been absolutely fantastic.  He spent the best part of two days putting this fab desk together for me and it didn’t cost too much either!  I then went to get myself some industrial type felt and some calico and I was ready to go!  As you can see I’ve moved everything else in there, it was just the table that needed doing – oh and the sink of course – that’s coming soon! 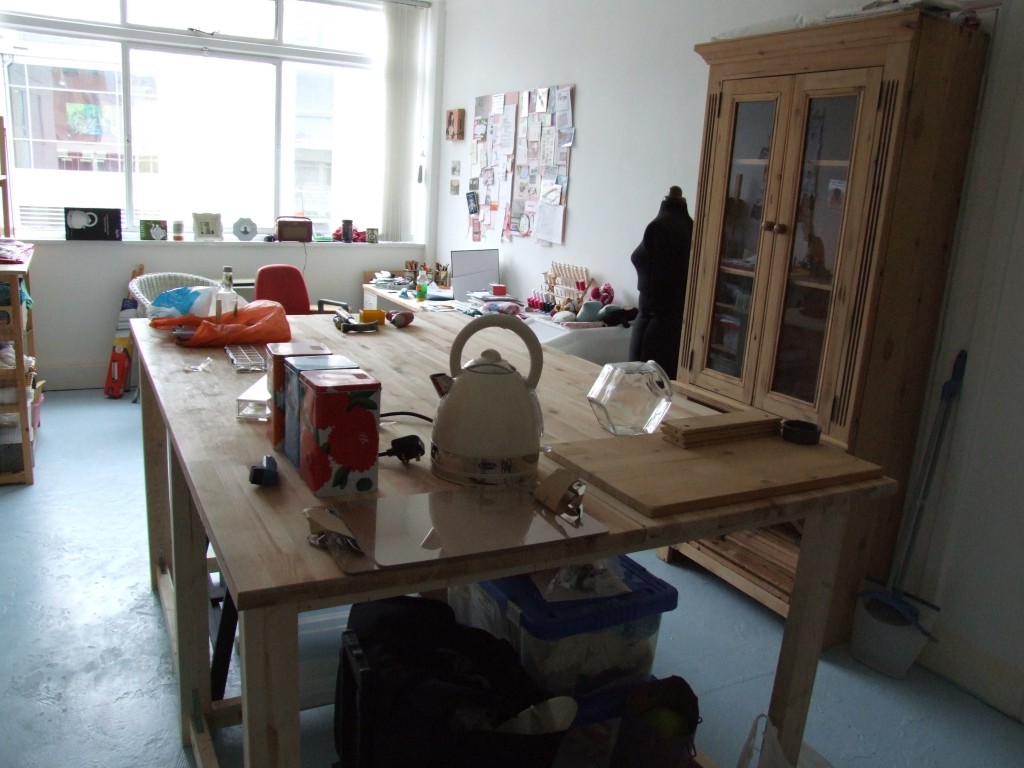 Here is the table looking all pretty and with the most important items on it – the kettle and the tea and hot chocolate tins!

Where do I start?