Posted January 9, 2013 by Sarah under Knitting

I had a very fortunate introduction to black and white and early colour films as a small child.  My mum and dad loved old films, for my mum it was old black and white films, usually with James Stewart, Humphrey Bogart or Carey Grant, for my Dad it was Westerns.  I consider myself very lucky for this early introduction as most kids growing up in the eighties will have had a totally different experience.  Of course I saw all the usual late seventies and eighties films that were shown on TV but my love of old films has never left me.  A recent organisation of our huge DVD collection revealed that we have just as many pre 1960’s films as we do post 1990’s.  I can’t pick a favourite now as I have too many, when I was a child though my favourite was either Geordie (1955) or Destry Rides Again (1939).  Geordie has been on my Amazon wish list for a while and my mother and father in law just bought me a copy for my birthday.  I’m glad to say that Owen loved it too, he is the long suffering partner in this film obsession of mine but I have opened his eyes to quite a few film gems over the years so he doesn’t really mind.

Geordie is one of my favourites for many reasons but the brilliance of Alastair Sim and the Scottish setting are high up on the list.

Destry is just wonderful too but is a very different film as it’s much darker, James Stewart is great but Marlene Dietrich is the star of the film. 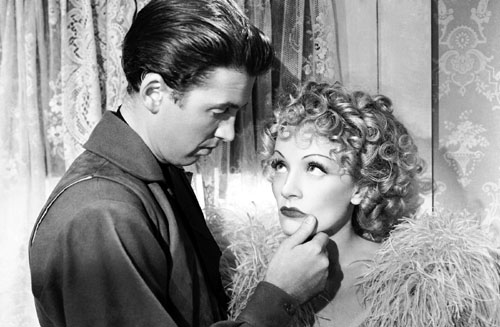 I grew up knowing more about the actors of the golden age of cinema more than I did about contemporary ones, my mum was a mine of information and full of interesting facts to know and tell.  I have never stopped wanting to know and learn more though and that means I keep discovering gems.

One actress I got to know about more about when I was older was Clara Bow, I’d heard the name before but didn’t know a lot about her and had definitely never seen one of her films.  We didn’t really watch silent films or early talkies as children, I think It Happened one night (1934) was one of the earliest we watched.  I’m not sure if this was because my mum wasn’t a fan of silent films or whether they would have been a step too far for a little ‘un.  I knew some of the names of actors though and it wasn’t until I had access to the university film library that I broadened my interest.  This Christmas there was a documentary about Clara on the BBC, it was great seeing so many clips from her films and also the interesting comparisons with the recent film The Artist (another film I absolutely adored.)  Apparently the wardrobe of Peppy Miller in The Artist was inspired in part by the style of Clara in her films.

Here is Clara in all her glory (she’s on the right, what a great suspicious look she’s directing to the naughty fellow college student on the left who is hell bent on causing trouble) 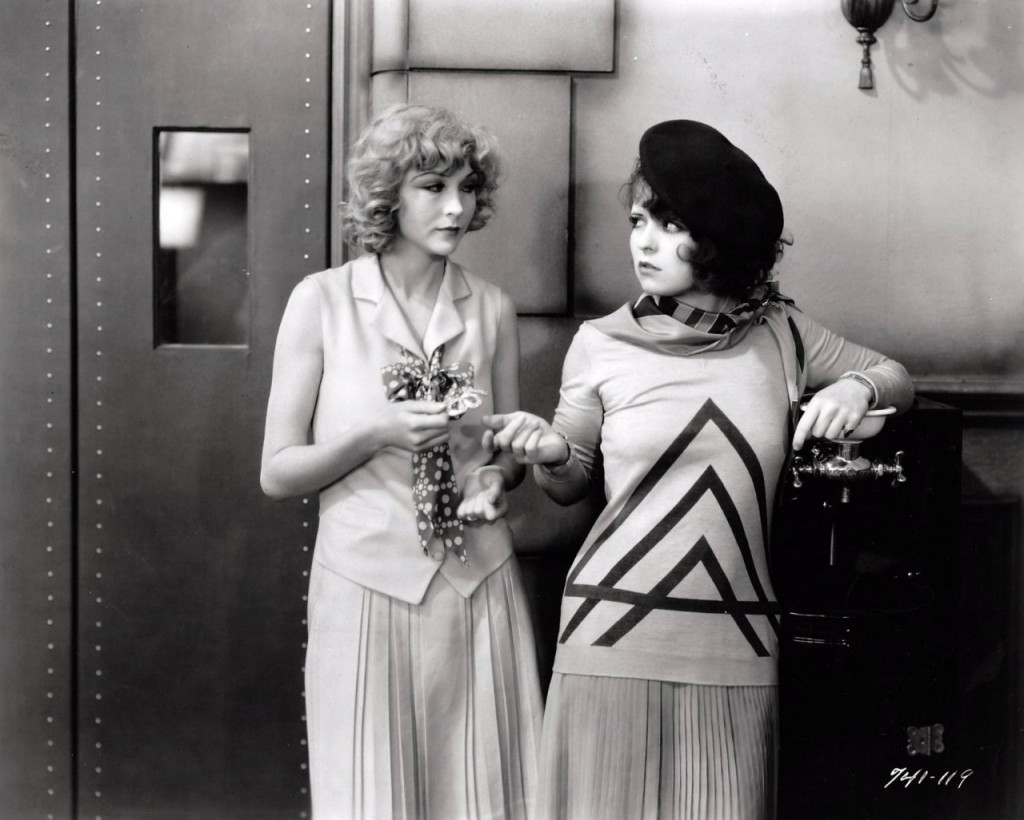 This photo is from the film The Wild Party, you can view the whole film on You Tube here and I’d highly recommend it, it’s one of her ‘talkies’ so if you aren’t a fan of silent films then you’re ok.  Clara has some fantastic clothes in the film (including a brilliant braces and tie combo which is too good to miss) but this wonderful jumper with it’s simple yet effective chevron pattern reminds me of a cardigan in my queue on Ravelry at the moment, I don’t have the yarn for that though so I can’t see me knitting it anytime soon but as soon as I saw it I knew I had to knit it.  Funny how everything in life comes around to knitting or printing in the end. 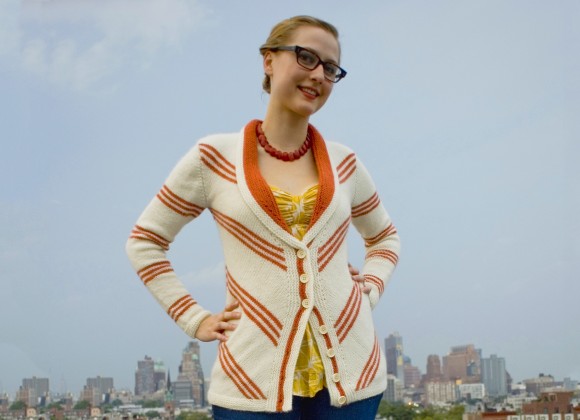