Yes, I’m moving studios again, it’s official, I’m an serial studio hopper.  I moved into my current studio home at the end of November 2011 after 3 months without a home.  I was ecstatic as it meant my dream to print by the metre was one step closer.  Then my husband gave up his smaller studio and moved in with me in the Spring.  Out of the blue last week, we were asked if we wanted to move to one the larger studios in Yorkshire Artspace, these are housed on the ground and first floor.  We’d always hoped to get one of those eventually but didn’t expect to be offered one this soon.  Moving into one of those spaces means that we will have a more permanent home, one that we should only have the need to move on from if my business really expanded.

There will be enough room for my current table, plus the chance to extend it by a couple of metres too.  I had hoped to get as close as possible to a 10 metre table, for now though an 8m table will suit me just fine.  Being able to print a whole 8 metres in one go would be amazing!

I’ve worked on a studio plan already even though the move is likely to be over a month away (yes, I’m that excited!).  I’ve worked out that we can have the table down the middle of the studio and then either side there will be plenty of room for us both to spread out.  Owen has worked out the square meterage and found out that the studio is actually larger than the floor space in our house (that should show you exactly how teeny tiny my little Edwardian house actually is).

I will be able to fit my sewing desk and bookshelves down my side, as well as adding to my facilities by having a specific cutting desk and floor standing screen shelves.  We’re also going to be able to fit a little sofa in there to have somewhere comfortable to sit and eat our lunch, we’ve decided to bring our second Ercol sofa from home.  My washout booth will live on Owen’s side (yes he doesn’t mind!) and he’ll be able to fit in his silversmithing bench, plus a project table to build models and also a free 2m square floor space for some of his bigger designs.

I will miss one thing though, my beautiful view.  Being on the 4th floor, at the top of the building, gives me a lovely view of Sheffield and from my new studio, I wont have a view so no more gazing out of the window for me. 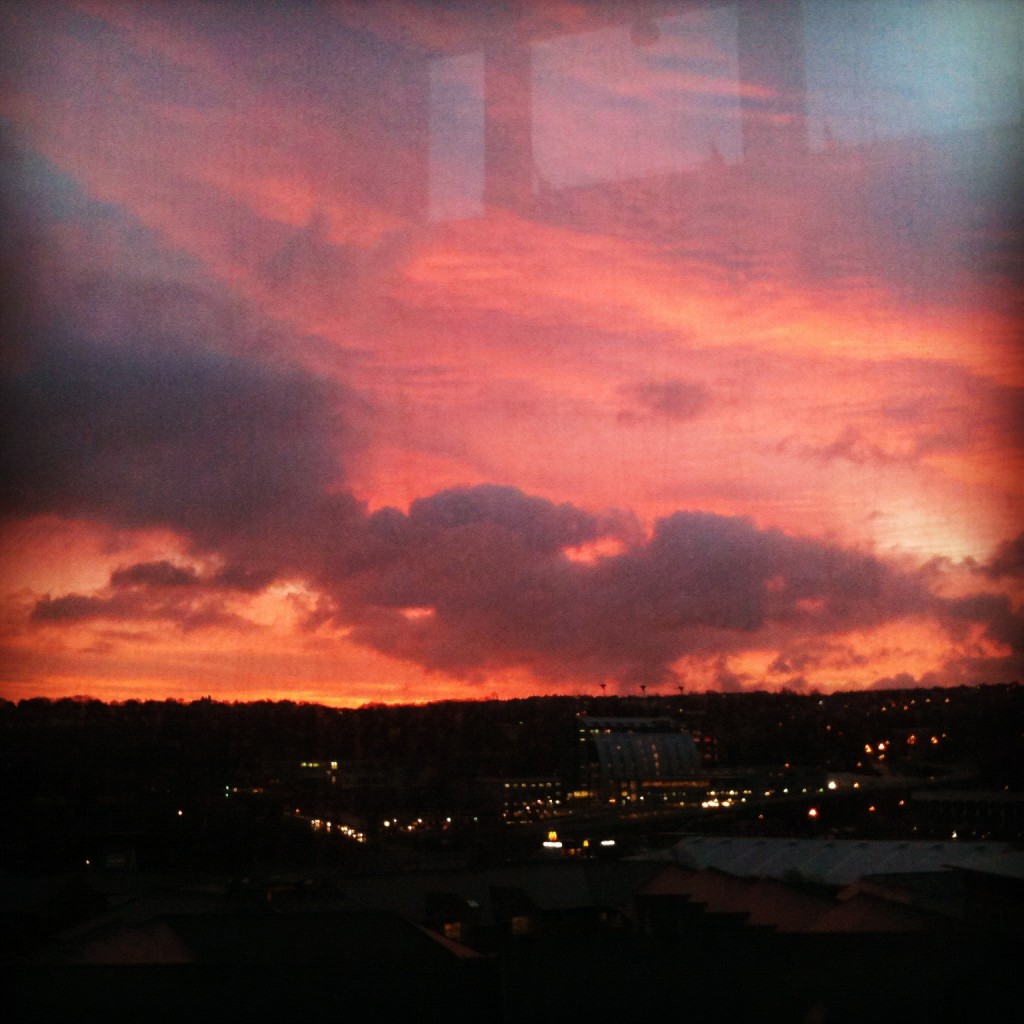 Lots and lots of lampshades

Time for a change

Oh, fun! I am moving studio, too. I discovered floorplanner.com is an excellent too for figuring out how to lay out the space. Free and easy to use. : )

I lived in Sheffield for four years and I really miss the views I used to get over the city from my house in Crookes (and the Arts Tower, of course!) That picture made me smile.

Hi Rossie, thanks for the tip about Floorplanner, I’ll go and take a look! :)

Hi Lucy, I’m not surprised you miss the views, we are lucky, Sheffield is so beautiful!