I had another print day yesterday, I’m trying to get as many panels done as I can before my next fair so I’m working nice and hard!  I’ve also been working on some new colours and yesterday I finally decided that I should get that mixer I’d been thinking about for a while.  I went to have a look at the full mixer units and they were so expensive I couldn’t believe it!  In the end I bought a hand mixer from Atkinsons which was a bargain at £14.99.  I’ve really been struggling for money this month so it was a tough decision but I had 4 print runs last week which had dye smears in them and I can’t afford to let that happen with this new fabric.  I always spend a long time mixing the ink but it’s always inevitable that you’ll miss a bit of dye, especially considering that I’m mixing such larger quantities now!  So I mixed up a lovely new mustard colour to test how good it was and it’s amazing the difference it makes – also how quickly it can mix.  Instead of me having to stand there for 10 minutes making sure I’ve got everything it mixes it all efficiently in about 1 minute!  I sound a bit like I’m in an advert here so I’ll move swiftly on to the picture… 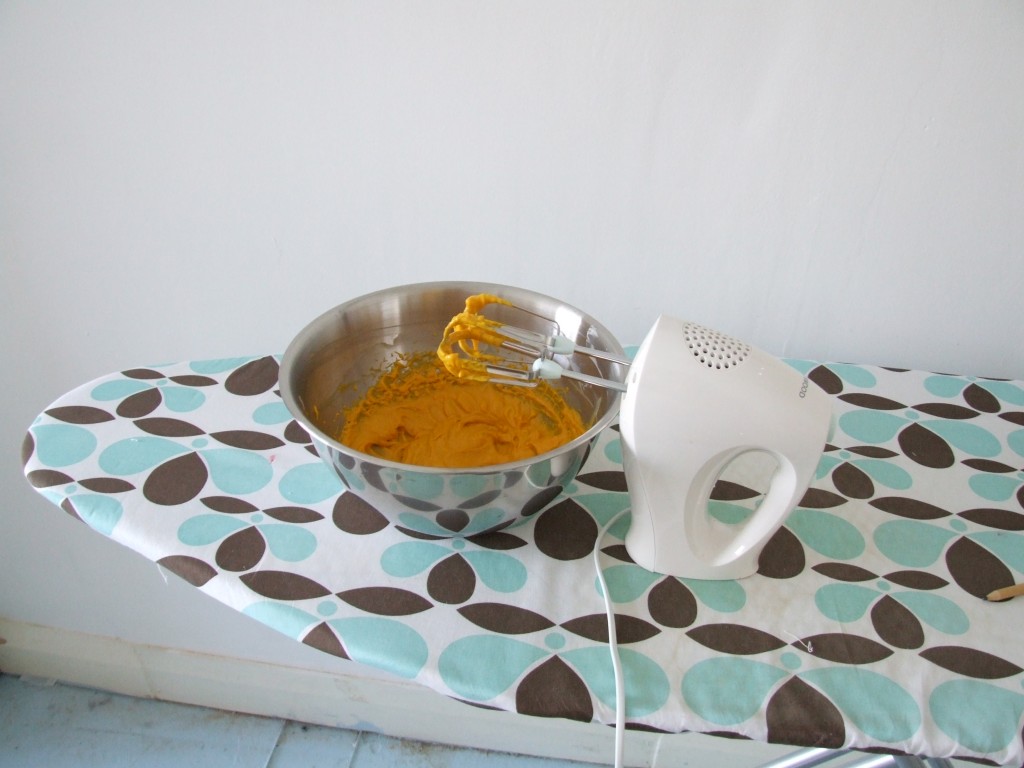 Also I probably should say we never had one of these whilst I was growing up which is probably why it has the ‘wow’ factor for me even more now!

I also finished off the two new colours lime and navy in my birdcage and polka prints – coming to a fair near you soon! 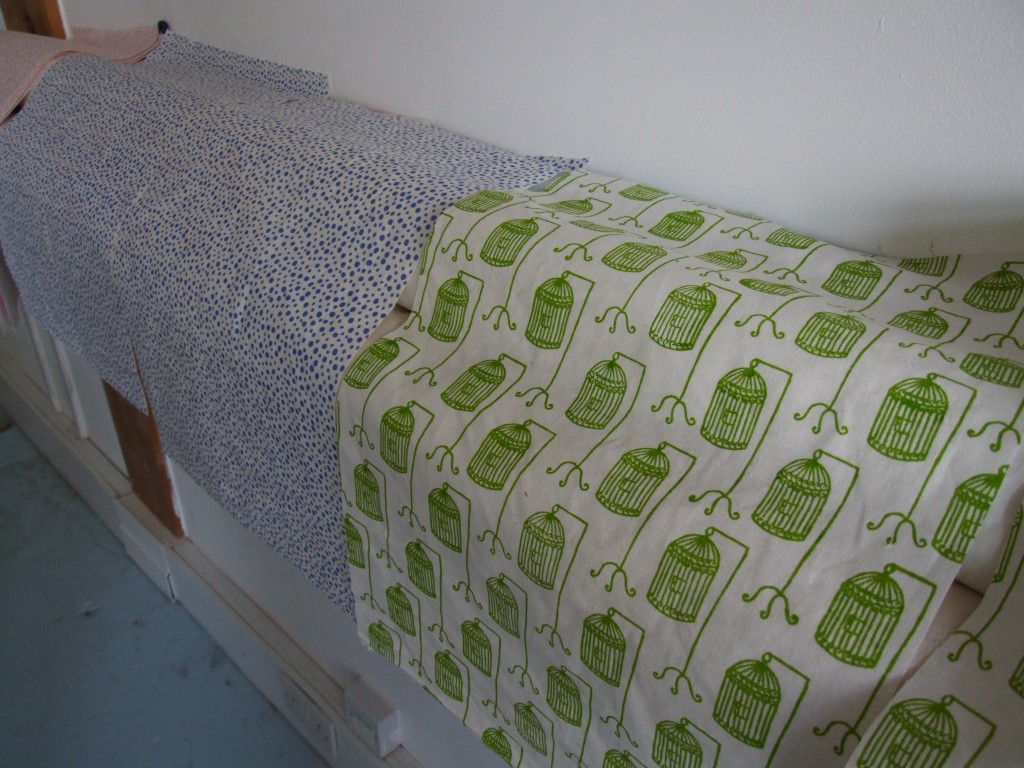 I’m going to heat set all these panels soon but at the moment I’m conducting a very scientific experiment to judge the wash fastness of the fabrics – more on that particular development soon!  Did I make it sound exciting?  I hope so!