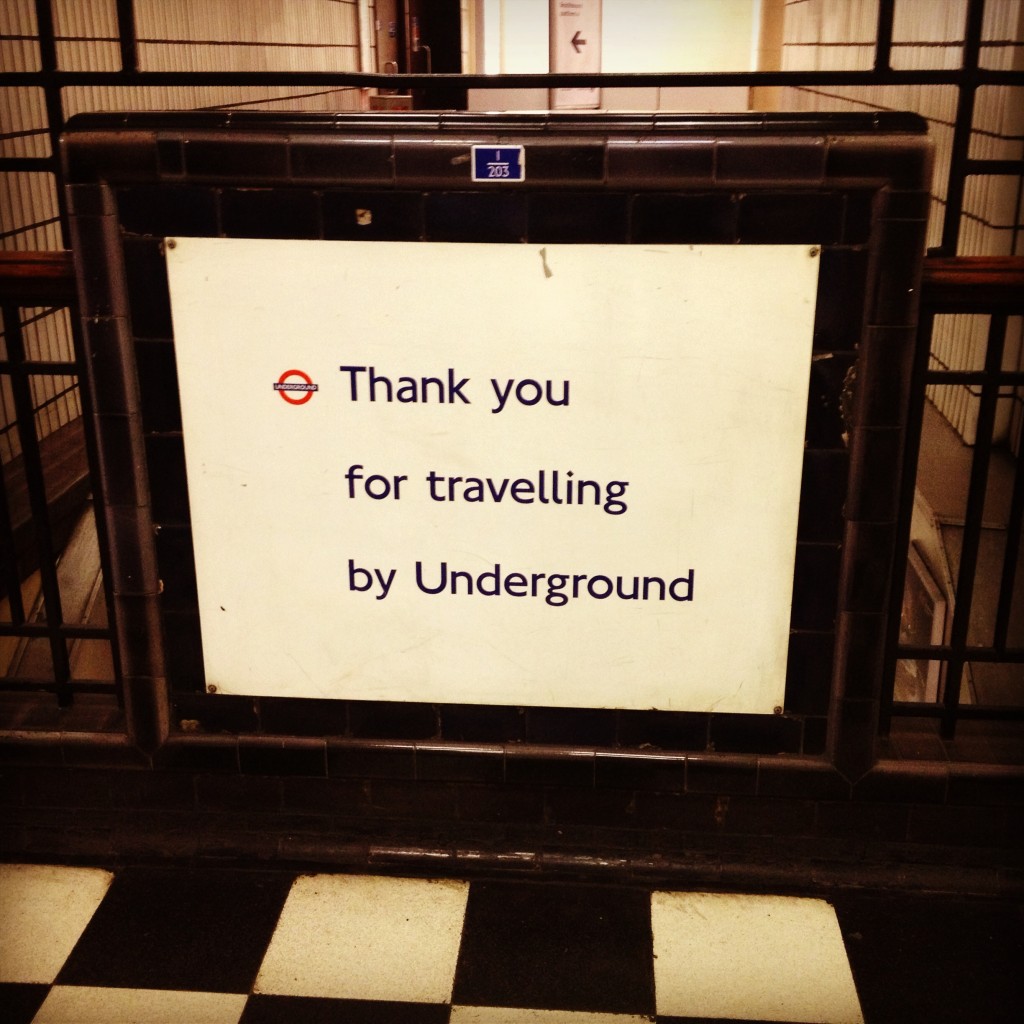 Friday in London went by in a bit of a whirlwind but what a brilliant day it was, and a stressful one I might add, here is the tale. 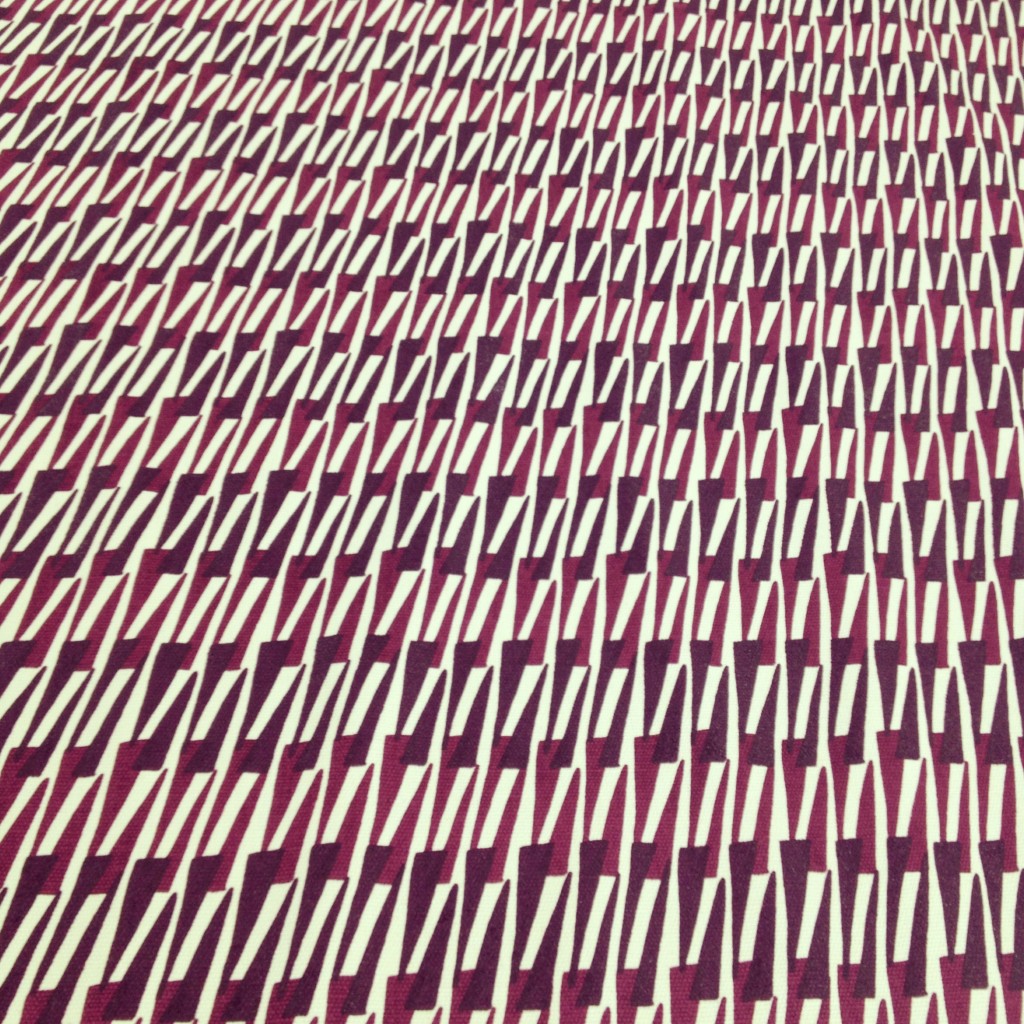 A while ago I printed up some samples of the AW13 collection as Elle Decoration had asked me to submit my new collection fabrics for possible inclusion in their Autumn Winter fabric and wallpaper pattern book. As you can imagine I was very nervous waiting to hear back from them but on Monday I got the email I’d been waiting for.  They asked me to send down 3 metres of my Thorns design in Plum and Mulberry.  So began the week of mad dashing around and stress as I spoke to my screen manufacturers and tried to sort everything out so I could get the fabric to them in time.  Thankfully my screens were delivered on Thursday morning and so the fabric was printed up Thursday afternoon, ready for me to deliver it by hand on Friday.  I would have loved to get it ready one day early so I could post it but nevermind, it gave me a good excuse to go to London.

I had a bit of trouble getting the fabric on and off the train as a 1.5m roll is a bit unwieldy but I managed it in the end.  With the help of a crazy cab driver, who was also the nicest guy in the world, I finally got to Hearst Magazines headquarters and delivered the fabric.  Phew.  I’m crossing my fingers that it does get included in the pattern book. 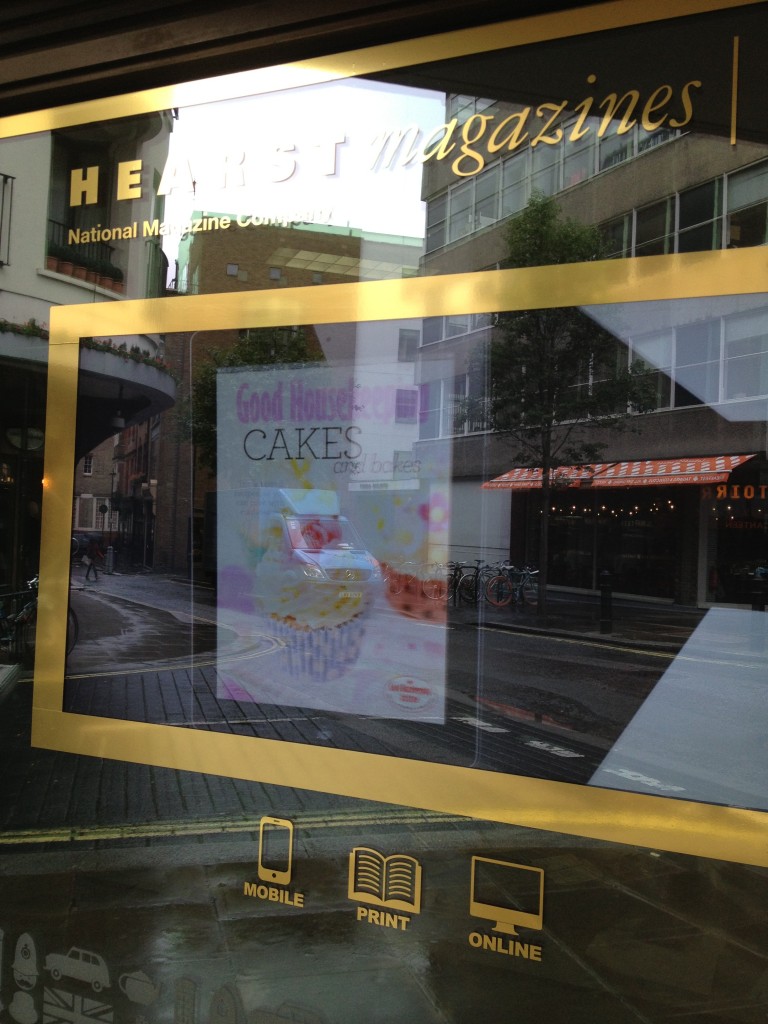 So after my trip to Elle Decoration I had another 7 hours in London to do what I pleased and so I decided to make a day of it in the city museums and galleries.  First stop was the Tate Britain for the Lowry exhibition which opened this week.  All I have to say about the exhibition was that it was brilliant, I knew it would be though.  I’m a big Lowry fan and so seeing the work up close for the first time was just amazing.  I’d recommend you go and see it before it finishes on the 20th October, it’s definitely worth the £15 you pay to get in.  Be warned though, it’s a popular exhibition and so queues are likely.  I was lucky as there was no queue when I arrived but the exhibition itself was packed and so there was a lot of weaving in and out of people to see the work, its times like this it helps to be short. 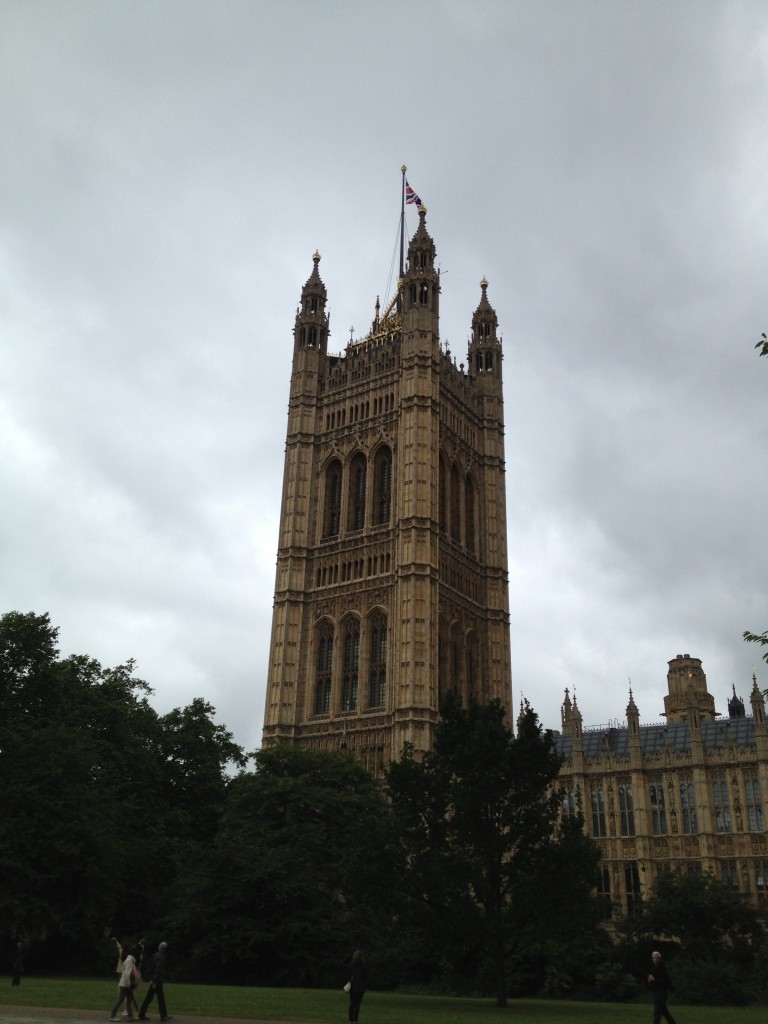 After the Tate I had a nice walk past the houses of Parliament and Big Ben and made my way to Bermondsey for the Kaffe Fassett exhibition at the Fashion and Textiles Museum.  I’ve always wanted to visit but never have so this was an extra special occasion for me.  The exhibition was absolutely breathtaking and I’m so glad I go to see it as it ends today.  The timing of my trip to London couldn’t have been better.  One highlight for me was the video of Kaffe’s return visit to Vietnam and India.  He is a thoroughly entertaining ‘presenter’ and speaks about the subject matter of colour with such passion, it’s highly contagious.  As well as the many many beautiful pieces in the exhibition, another highlight was the study room full of original paintings of Kaffe’s fabric designs.  It was fascinating the see the colour choices and the different kinds of repeats used, for a fabric designer it was real eye candy.

I took lots of photographs and so I’ll let those speak for themselves, the light was rather low so apologies for that, you weren’t allowed to use a flash either understandably. 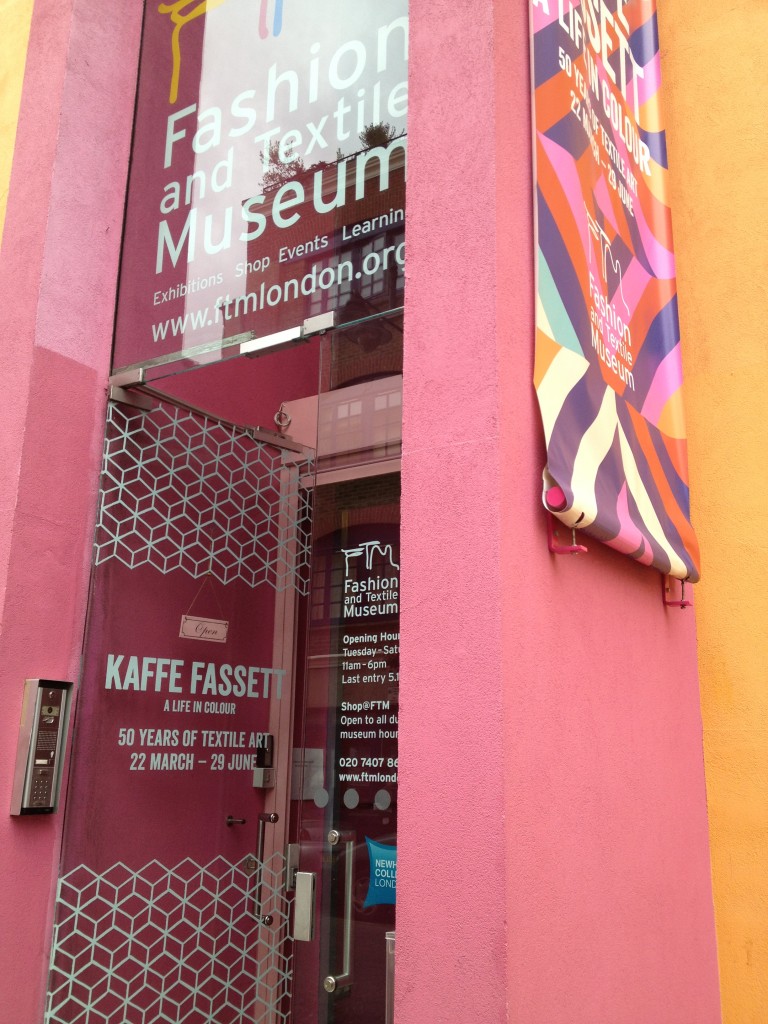 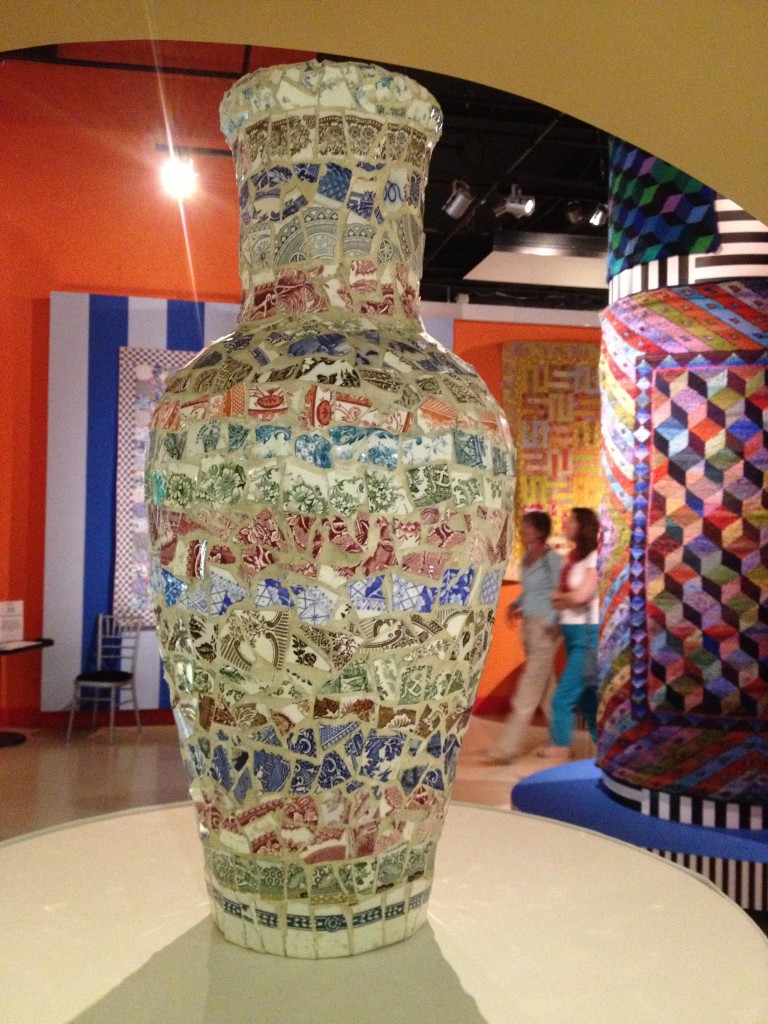 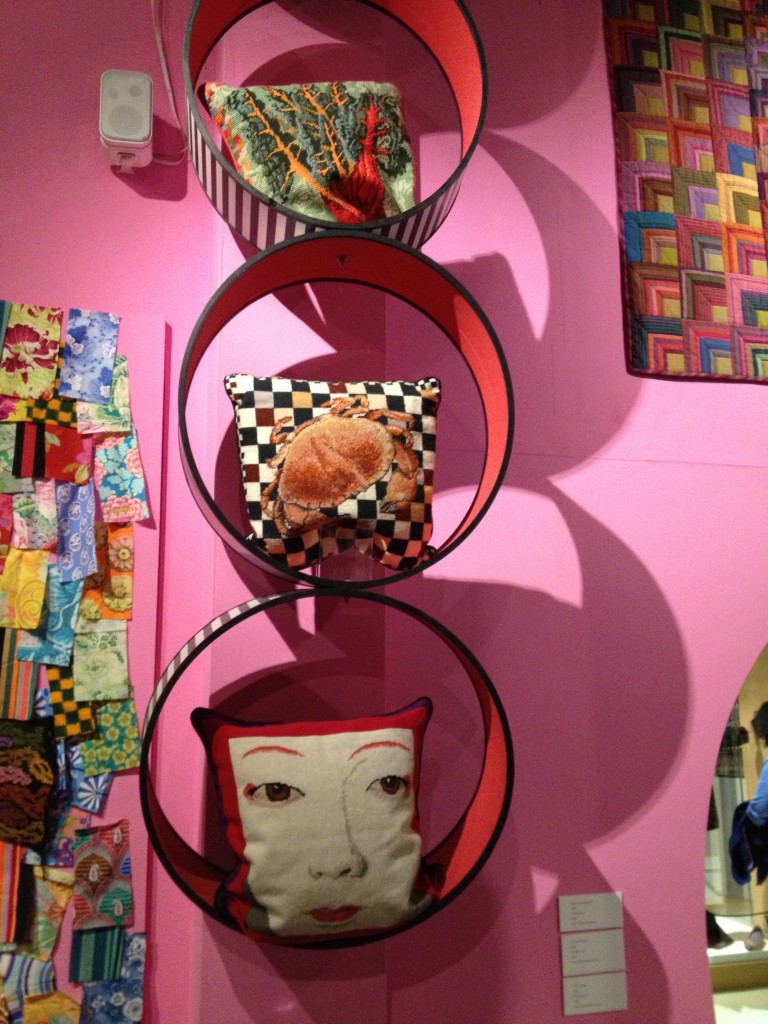 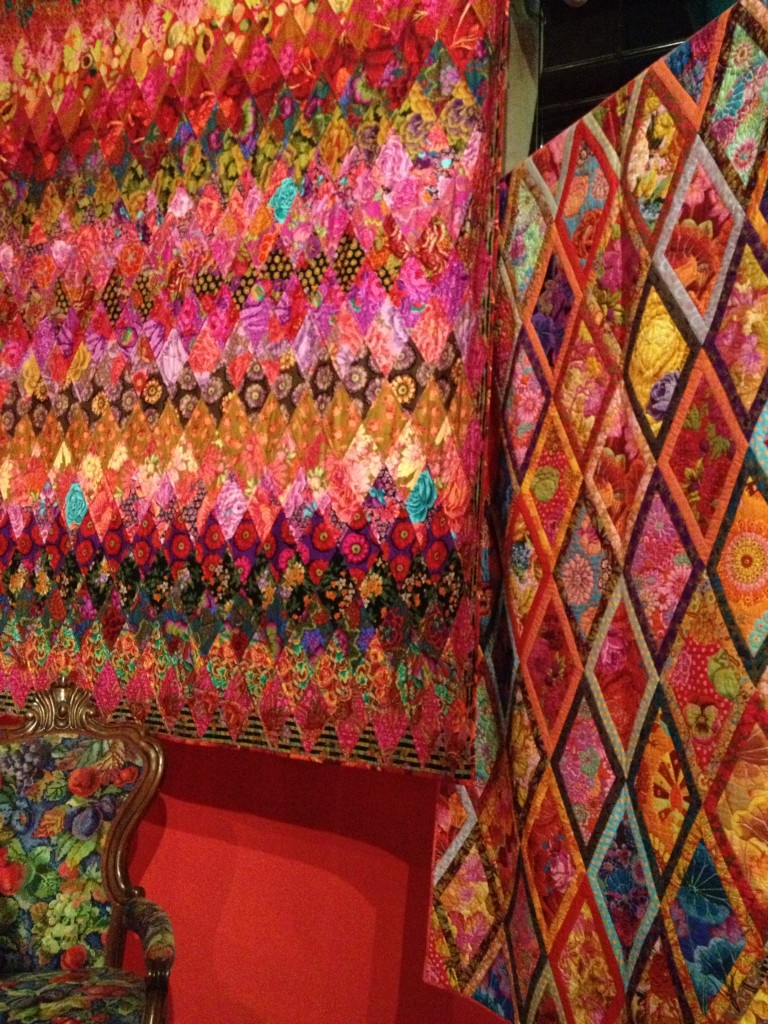 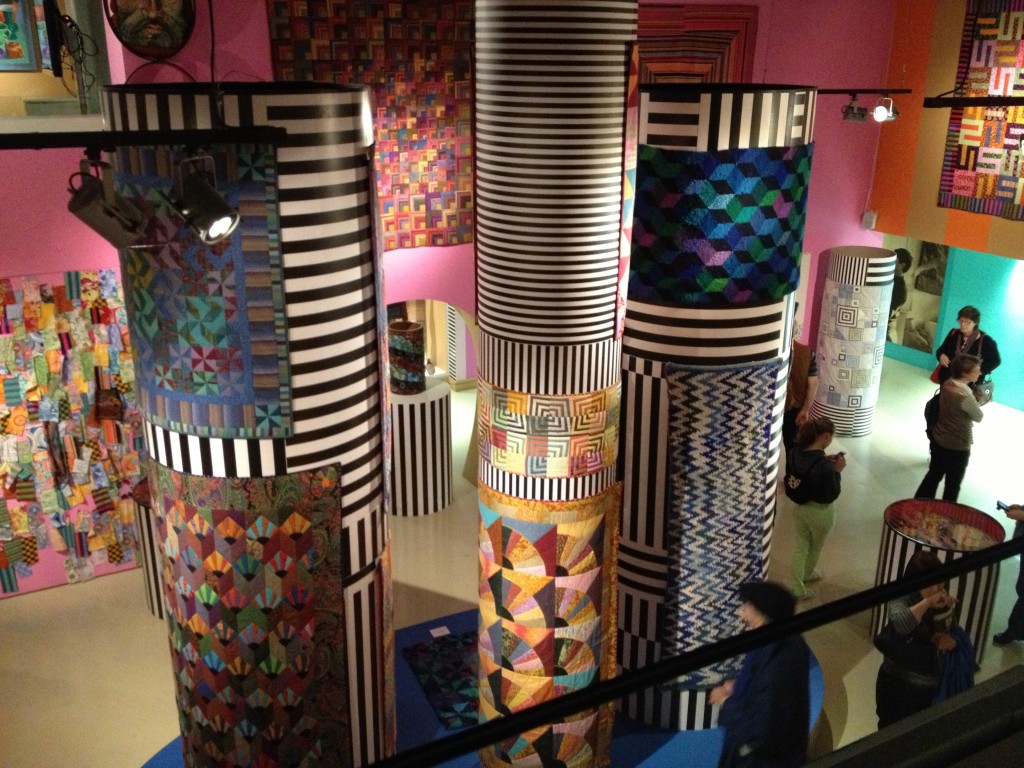 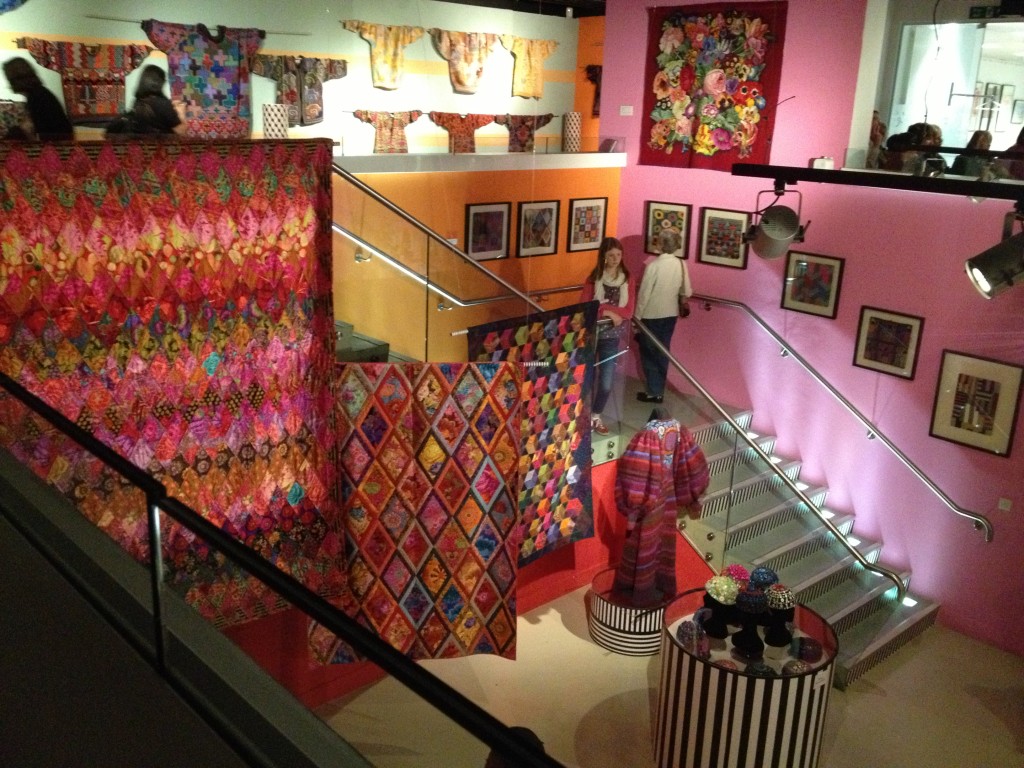 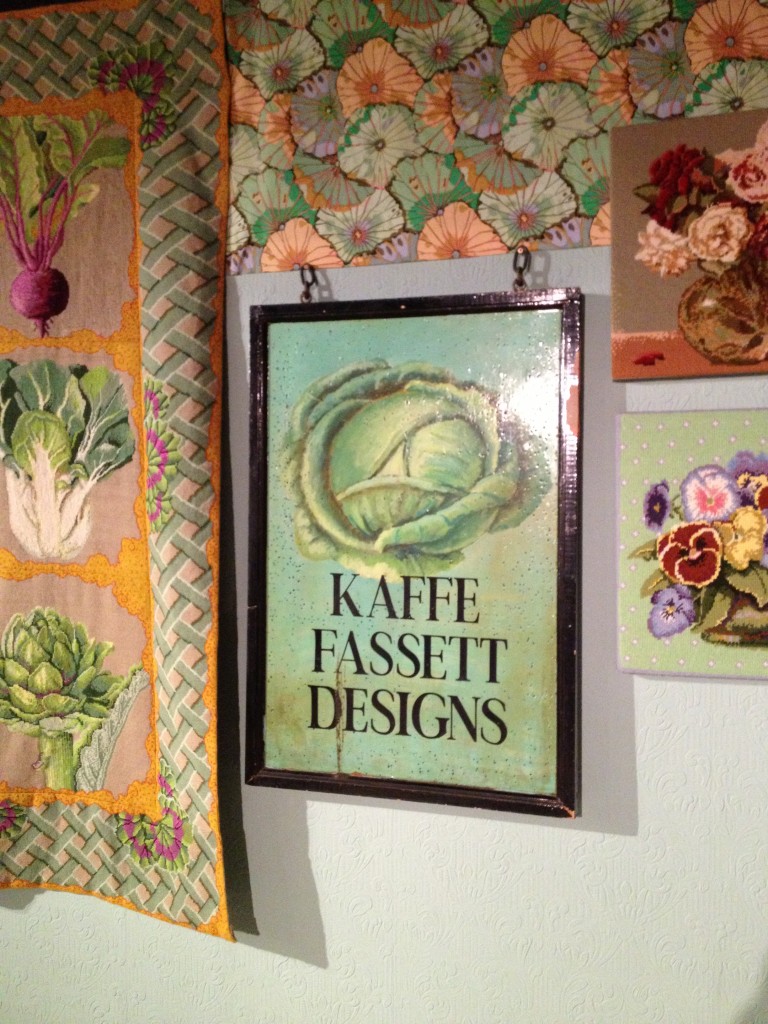 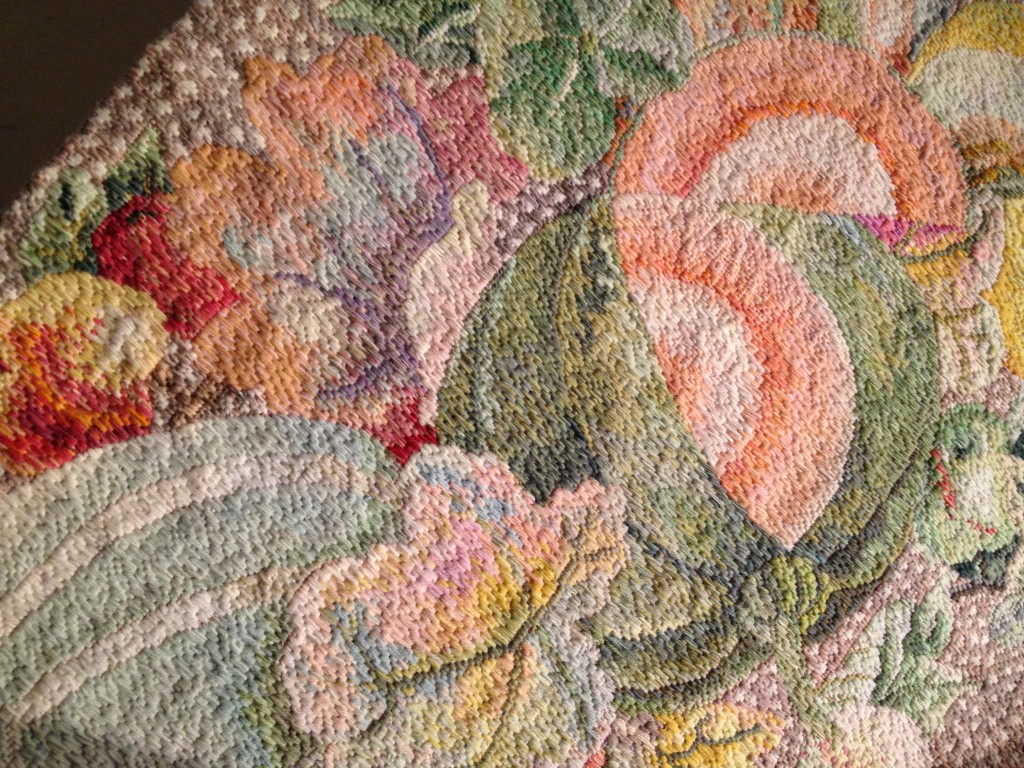 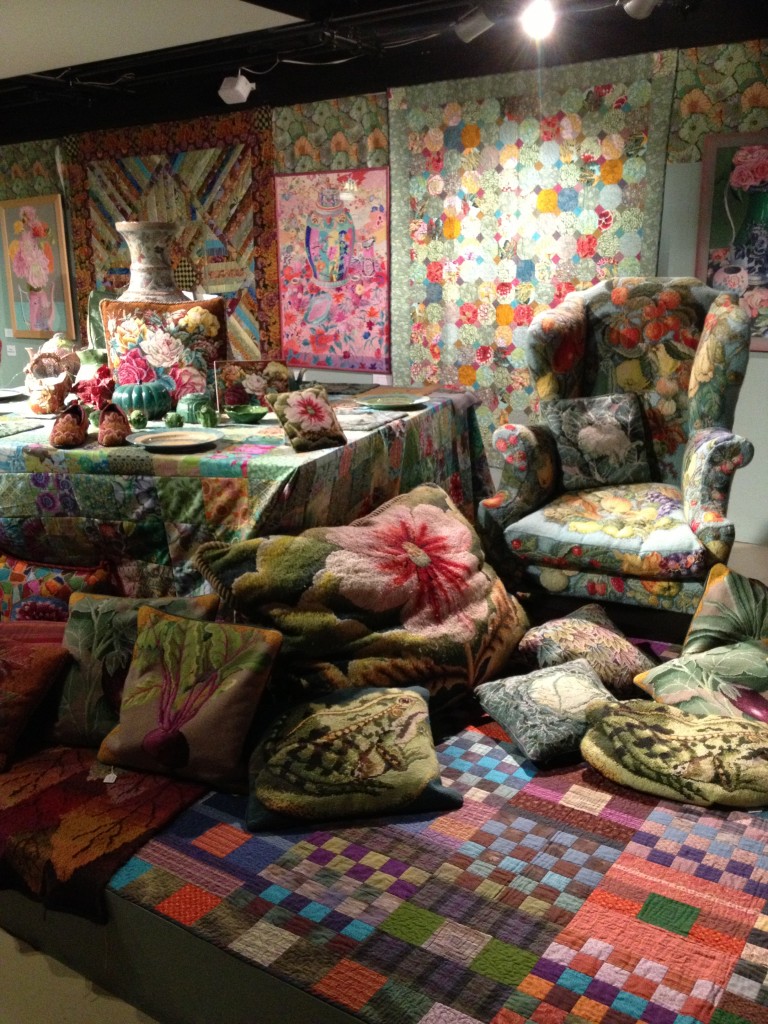 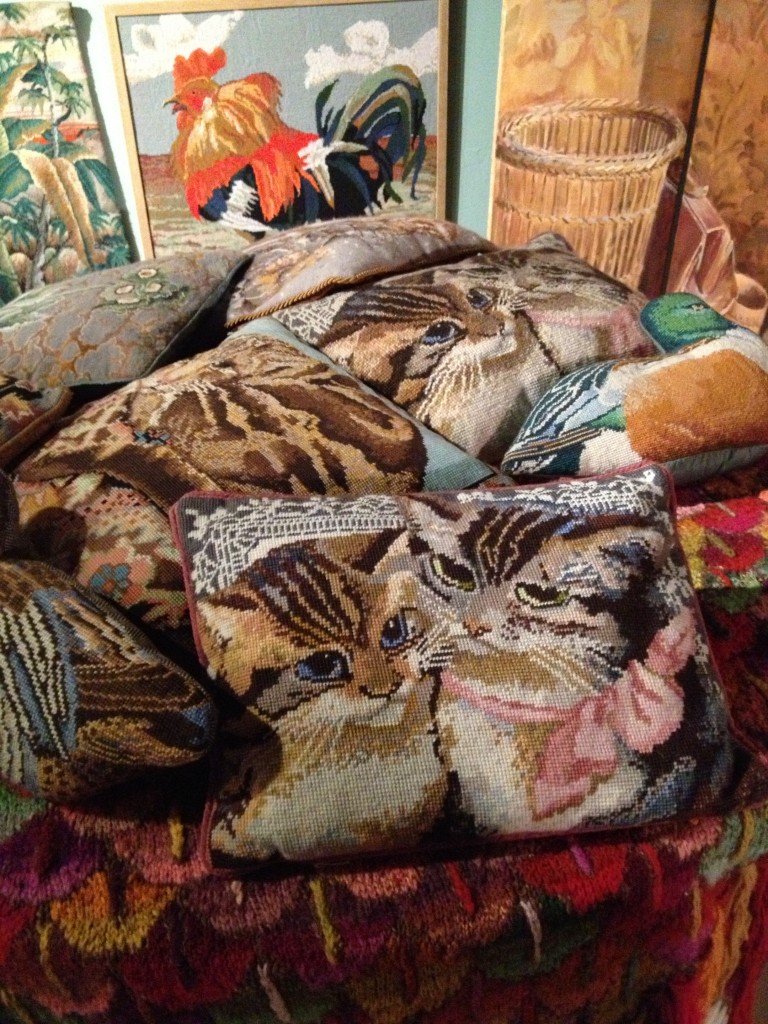 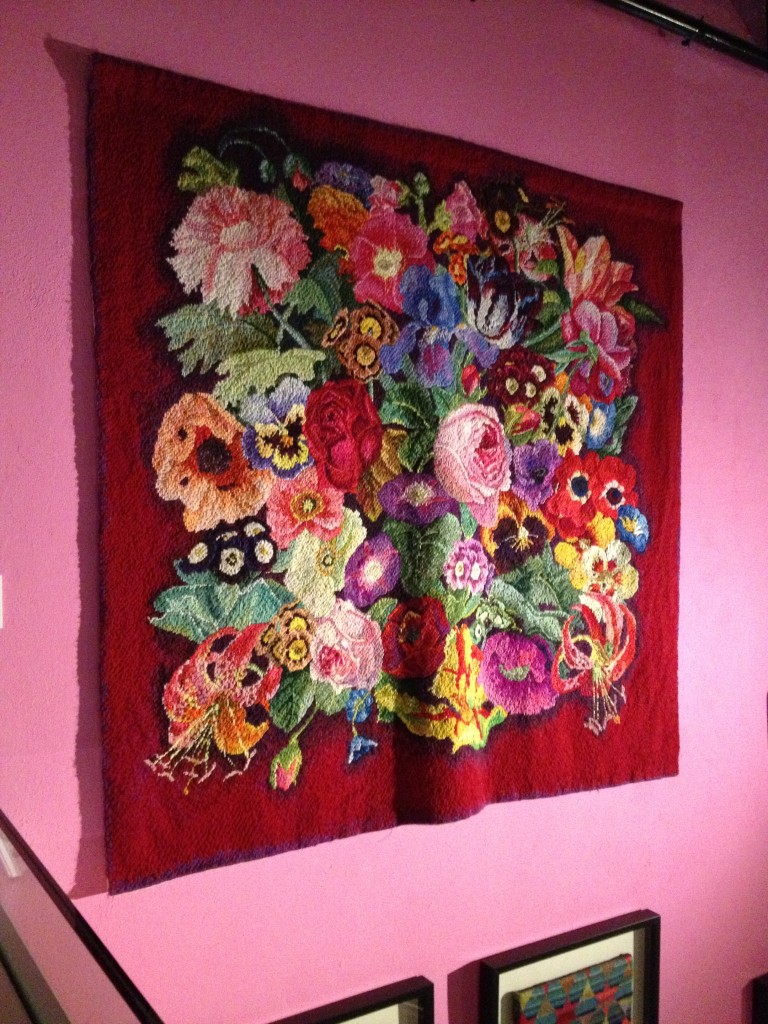 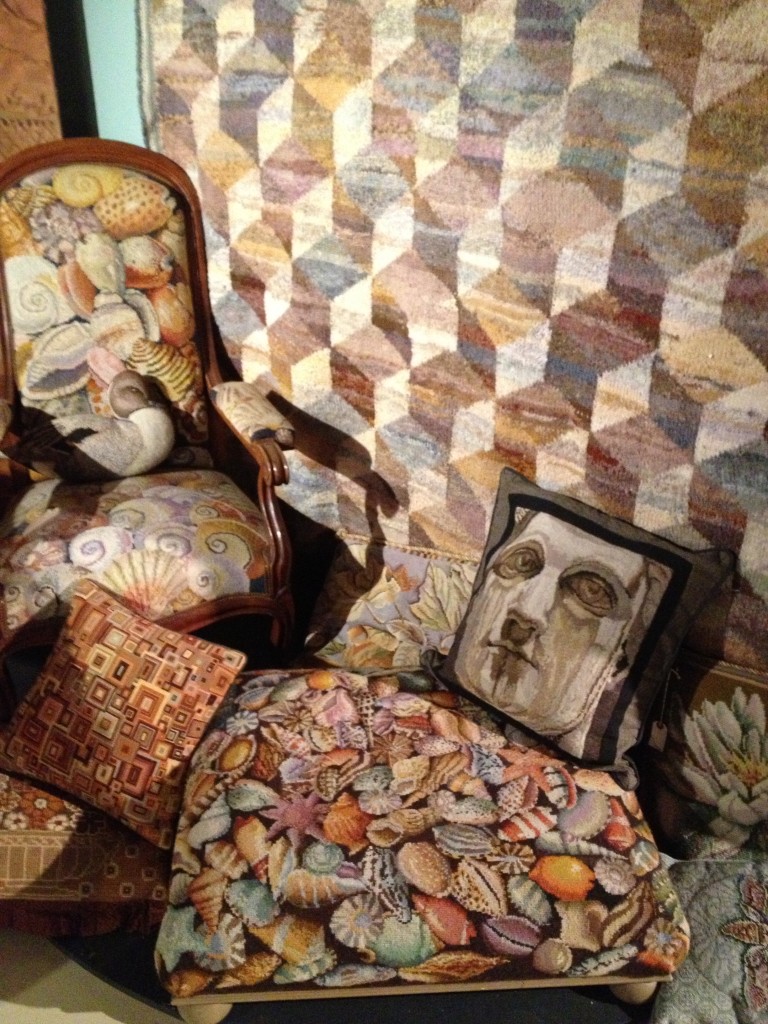 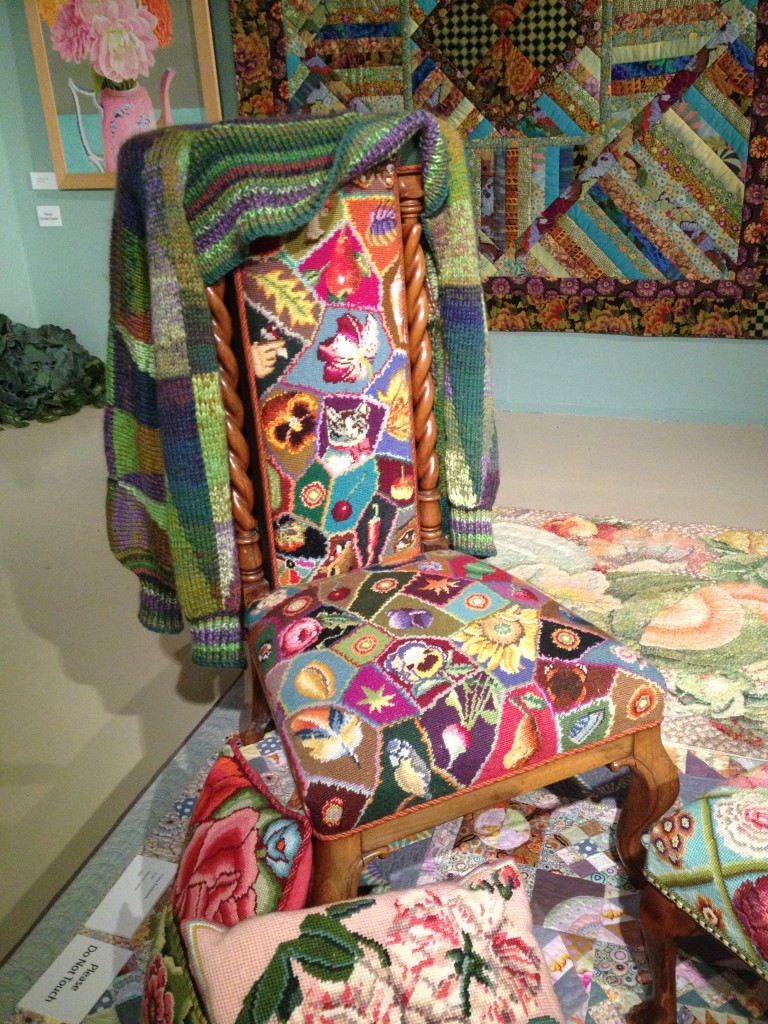 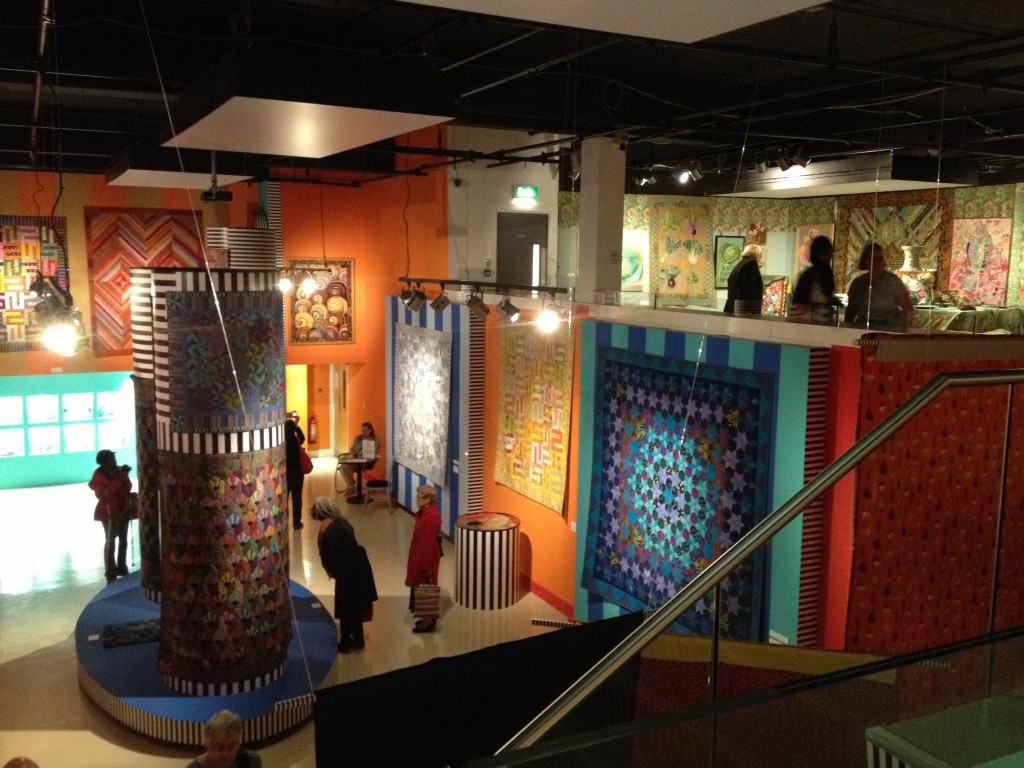 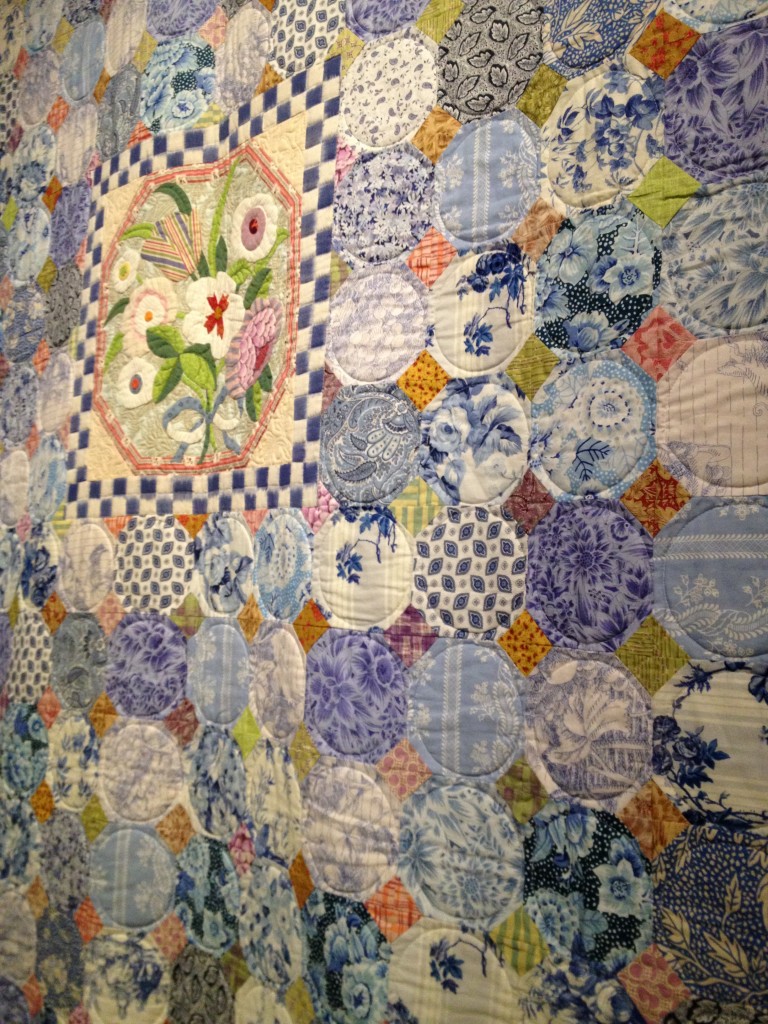 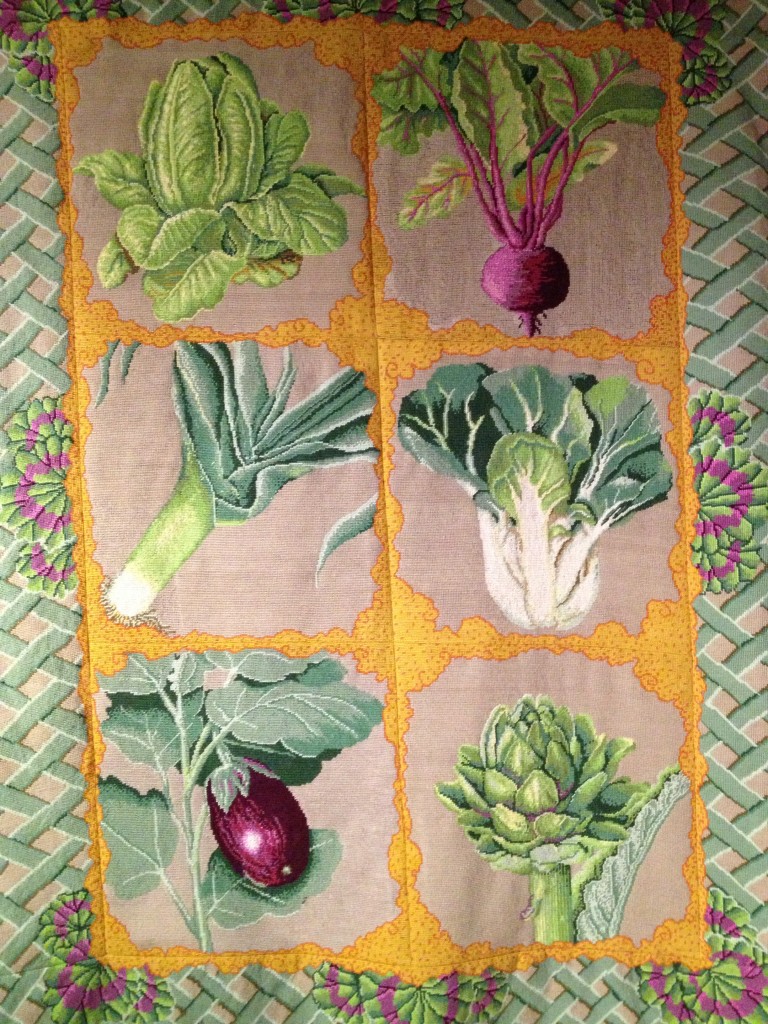 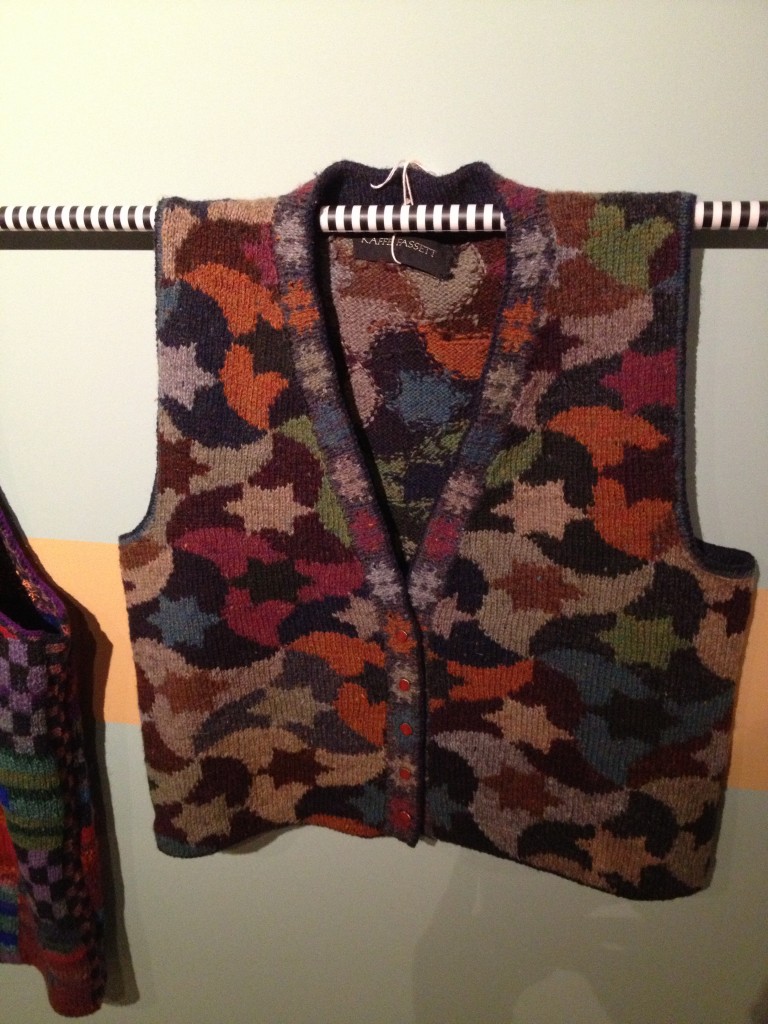 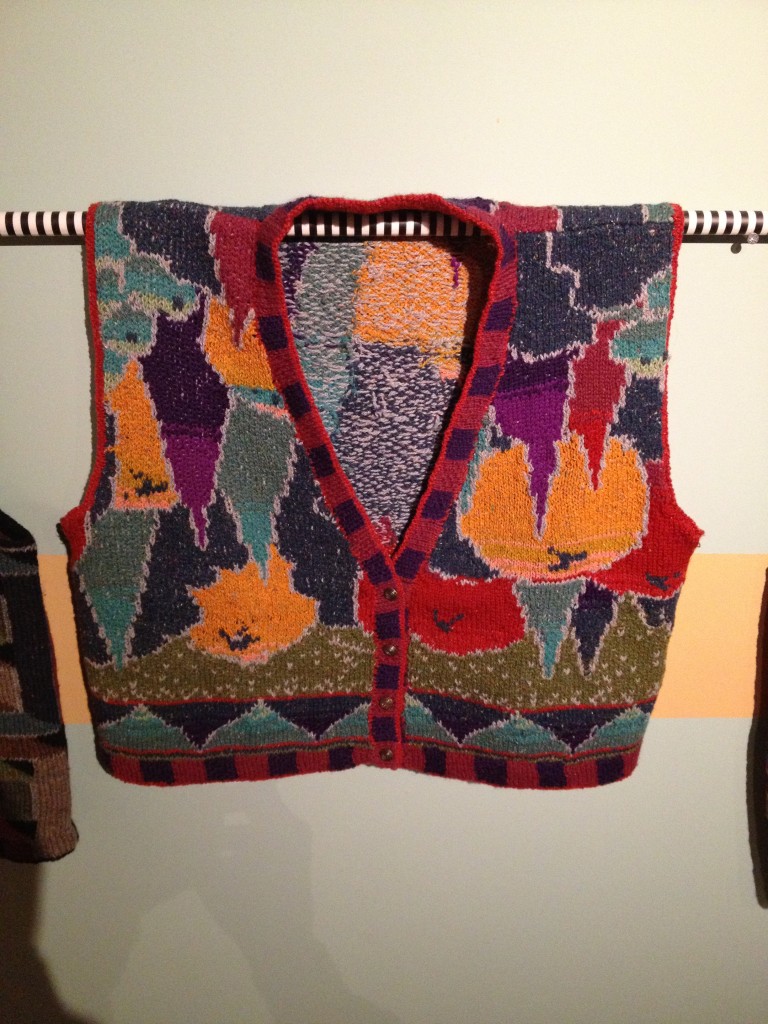 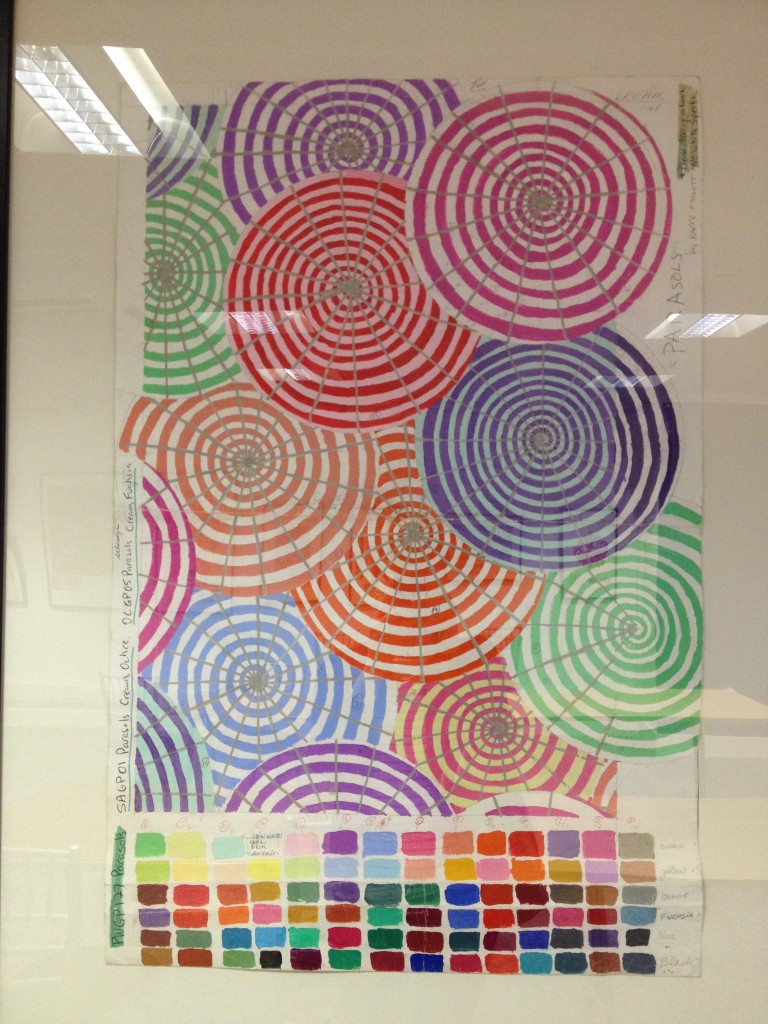 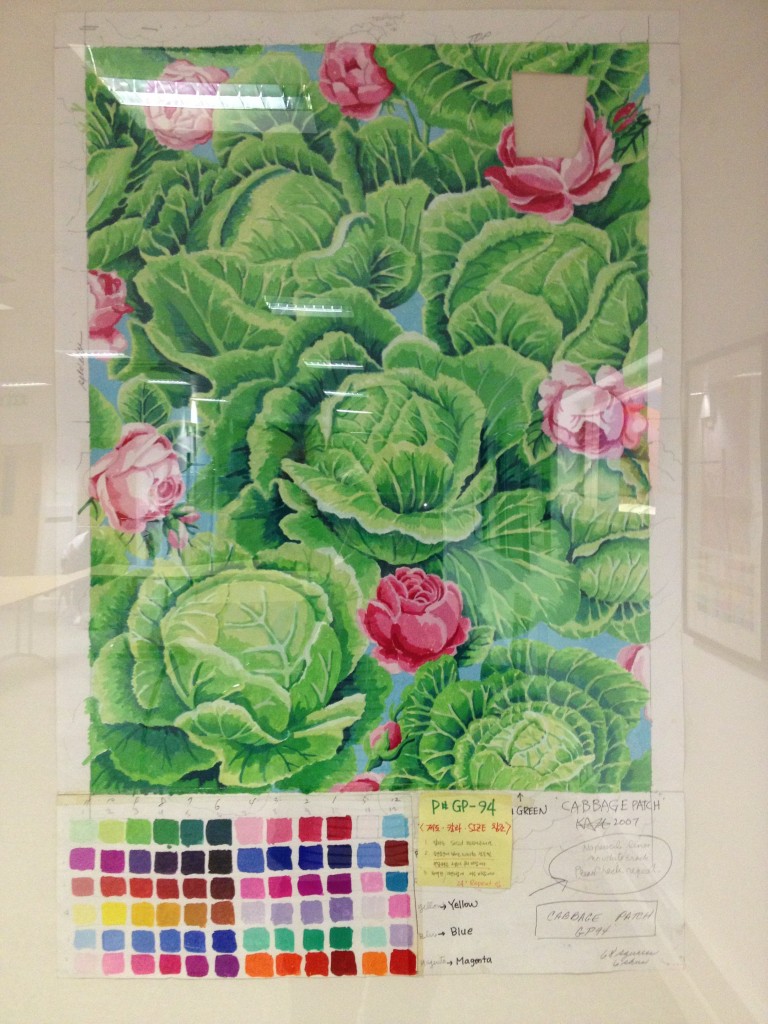 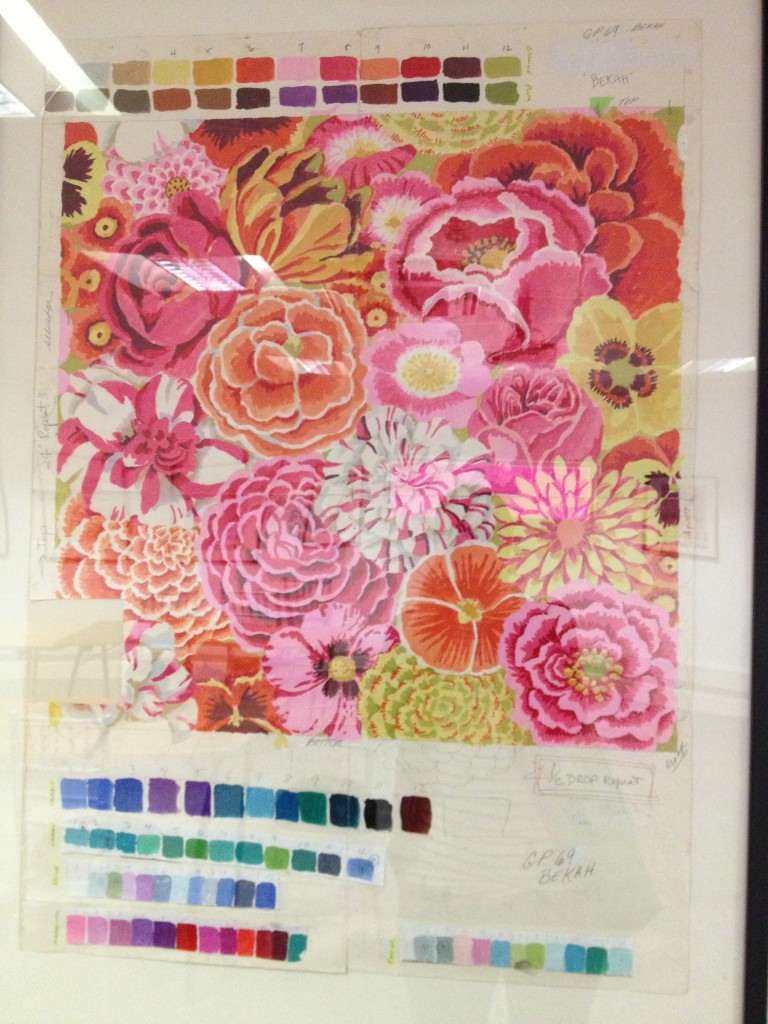 […] just came across this excellent summary from Sarah of Knitting up North, from the day after us with some great pictures of the overall exhibition.  I focused on trying to […]

[…] at the Welsh Quilt Centre and the recently finished exhibition at the Fashion and Textile Museum I visited recently.  The new range of quilts on display at the Festival of Quilts features traditional woven fabrics […]