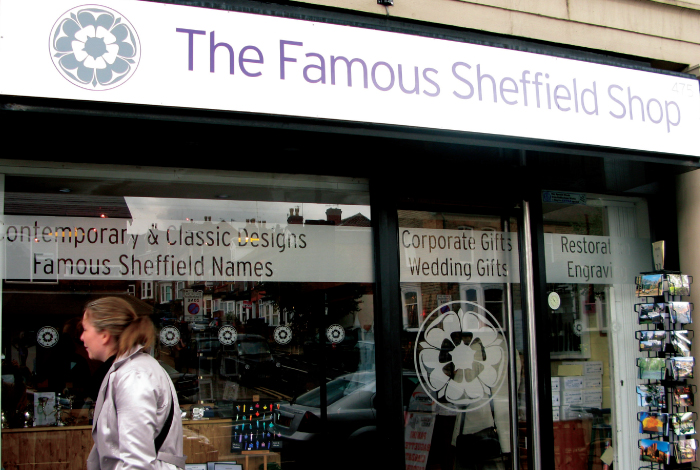 I really can’t remember how old I was when I started my first job as it’s a place that become a permanent memory from my childhood.  It was at the shop my mum worked two days a week, ‘the famous Sheffield shop’ selling all Sheffield made cutlery, scissors, tools and more.  To use this as my ‘First job’ post is a loose interpretation of todays BEDM topic but still, it gave me my first insight into the world of retail and I got to look at fascinating things all day.

Typical jobs included dusting, more dusting, rearranging stock, counting and clearing out the stock cupboards and many more of the things I went on to hate years later when I started working in retail.  The really interesting bits were having a good nosey at all the stock including the wonderful collection of books about Sheffield and the cutlery industry.

In moments of real boredom (or when we were getting on my mum’s nerves) we were encouraged to go next door to the best bookshop in Sheffield.  We’d then disappear for an hour or so and could be found sitting on the floor at the back of the shop and tucking into a new book which we’d pop back and buy at the end of our ‘hard days work’.

One very vivid memory is of the terrifying till, it was very loud and used to snap open and shut with a bang, it was lovingly referred to as Arkwright’s Till due to the similarities to the hilarious till on Open All Hours.  I also remember I wasn’t very keen on serving any of the customers, that’s something my mum used to encourage both me and my sister to do but I was too shy to talk to strangers.

The shop was started in 1983 by Don Alexander and it was just a lovely place to be. Don’s wife (one of the nicest women I’ve ever met) children and then later grandchildren were frequent visitors and helpers. A regular set of locals were also in attendance and would often sit down for a cup of tea and a chat.  Don retired when I was in my early twenties and the shop changed hands, but my mum is still working there, and popping in to see her still reminds me of those days and never fails to make me feel like a little kid.