Posted January 2, 2009 by Sarah under Printing

I planned to do a lot of work over what I laughingly call the ‘Christmas break’, all 3 days of it of course!  After I went back to work the day after Boxing day it became glaringly obvious that I didn’t really have much time to work after all.  I have a good week this week though as I have a few days off having worked the beginning of this week so I’m not back in work until Tuesday.  So yesterday I started my ‘messing about’.  This is what I’ve been doing: 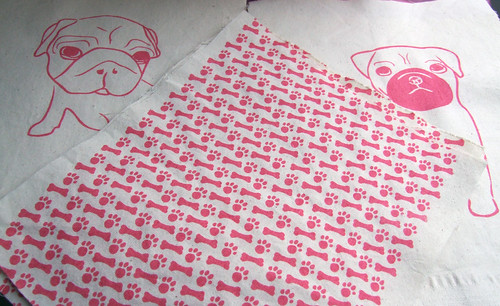 This is the new print I have been working on for the cuddly pugs.  I had backed them with gingham before which I was never really happy about as I normally like to use only my own fabrics.  So this was an idea I had brewing for a while and I’ve finally got round to it.  I’ve printed up a new batch of pugs in pink, cherry red and teal so I’ll spend the next day or so sewing them up.

I’ve also been working on a new coin print: 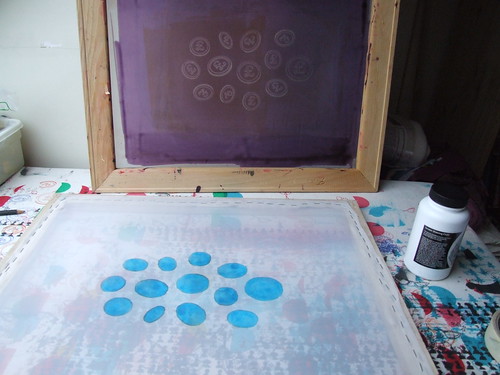 In the background is my coin print screen but I wanted to add some depth to it so I’ve had a go with some new Speedball drawing fluid and screen filler to create a background.  I must admit, I thought it would be a bit ‘Speedier’ than it was!  I originally wanted to use it as a quicker and easier solution than coating and exposing a screen but it’s taken nearly 2 days to dry! 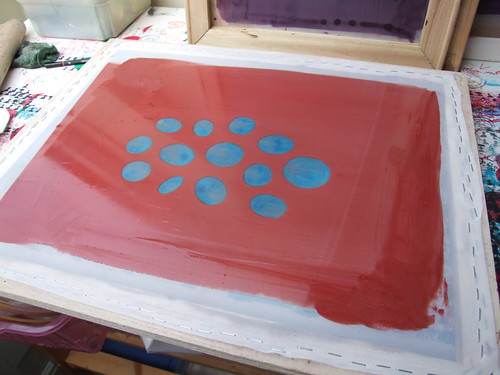 Next job is to wait for that to dry and then wash out the blue drawing fluid.  I’m crossing my fingers!

Feeling all nostalgic about 2008…