I’ve been printing like a mad woman this week and sewing like it’s going out of fashion – what’s going on?  Art in the Garden’s that’s what!  And no matter how organised I am I still never have enough time and I’m a VERY organised lady believe me!  I’m still readjusting to my new hours at the library, I’m in for 4 days a week doing 4 hour shifts which is taking a bit of getting used to but I do like it much better.  It means I leave work and go straight in to town to work which means I’m in the studio nearly every day, I do have one day off in the week just to work at home doing design work though and to have some relief from being out and about all the time!

This week has been especially fraught as I try to work out if I’ll have enough stock.  On top of that it’s been Craft Candy application deadline week which means I’ve been juggling tables and people and trying to make over 100 odd applications fit in to the space of 35 tables – not an easy job!  I’m much happier when this part of the fair organising is out of the way because it’s never fun letting people know they don’t have a space – we have to turn away so many talented people!  As well as busy Craft Candy stuff I’ve also been extra busy as three galleries contacted me in the space of a week asking me to supply them with work.  I suppose galleries are like buses (or men for that matter).  They are three lovely places too which is really nice, two are gallery shops and one of them is a Christmas Craft Exhibition so the work will be gone for 3 months for that one and hopefully it wont come back and instead there will be a nice big cheque in it’s place! 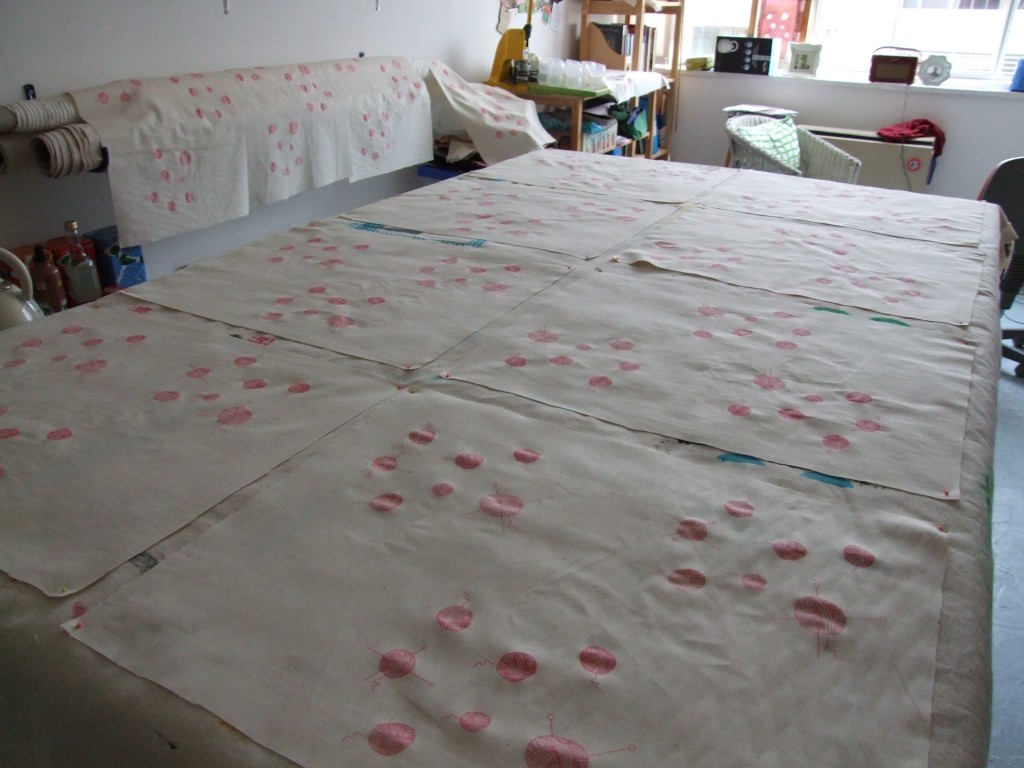 I couldn’t move in my studio this week for knitting bag pieces or glasses case pieces, every time I opened a cupboard or went to use a surface they were there drying!  I think the next priority is to get a drying system in place.  Hubby has thought of an idea for drying my large pieces of fabric for when I decide to sell that but not for the smaller pieces.  In my attic where I used to do all my work I had a makeshift drying line up and pegged things up to dry, maybe I’ll have to go back to that!

Good news though – the sink is in but not plumbed in so that’s one more piece of the studio work that is finished (almost!) 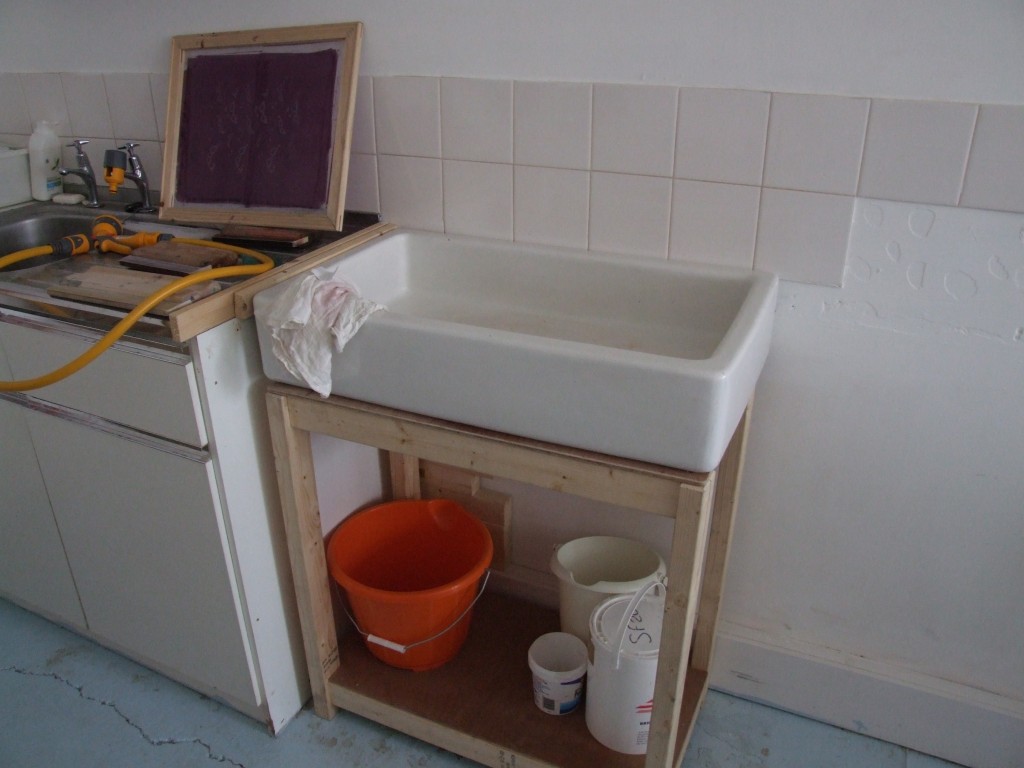 Hiya there, Hope its okay when ya readin my blog that i have add ya as my blogger list…